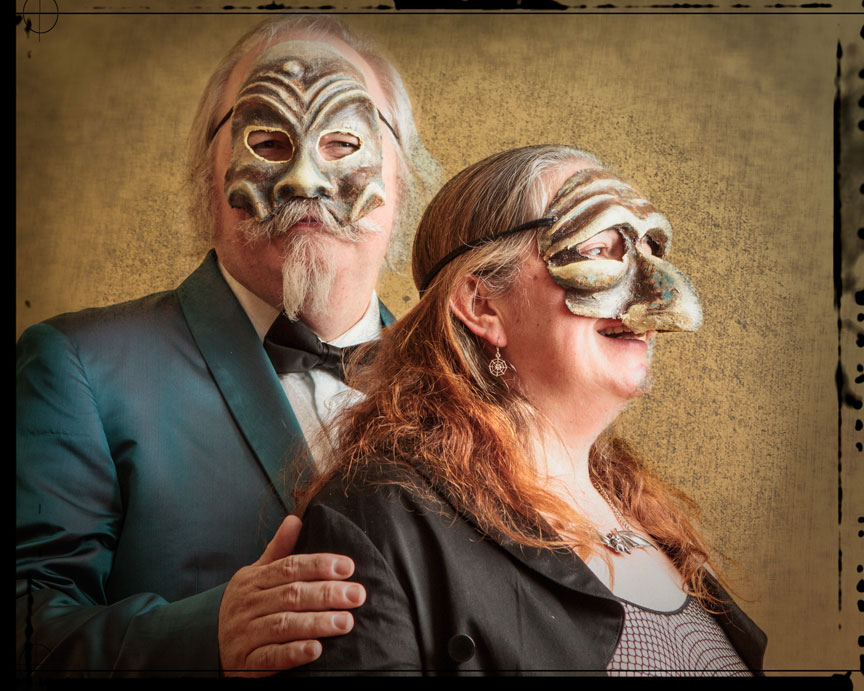 James Frederick Leach writes darkly speculative poetry, fiction & drama and is a contributing editor to the website / Youtube channel dailynightmare.com which celebrates Midwest Highbrow Horror. Jim’s poetry has been nominated for the Elgin award and his play about John the Baptist won the CITA national playwriting award. A Gemini with Gemini rising, Jim is fascinated by the magical power of words from the sounds and rhythms they make when spoken to the shapes and patterns of letter forms when written. In his spare time, Jim makes masks, reads tarot and paints dead things.

Jim and Janice grew up less than 2 miles apart in Dearborn, Michigan, the birthplace of Henry Ford and the Assembly Line. They fell in love at church youth group, and keeping track of them immediately became the nightmare of the youth director. During their three and a half decades together, the pair have published four volumes of Quick Shivers from Dailynightmare.com, and blogs including the Dailynightmare.com and 20minutegarden.com. They have been blessed with two fantastic adult children, a funky cool daughter-in-law and a wonderful granddaughter. They grow tomatoes near a 100-year old lilac, listen for ghosts in the midnight, and get up early to discuss each other’s dreams. They are currently busy with various schemes botanical, physical, and metaphysical as well as another collection of collaboratively written poetry. 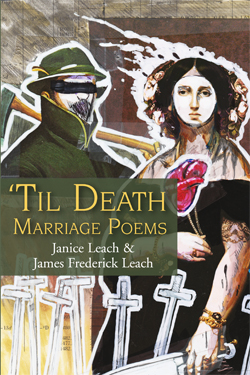