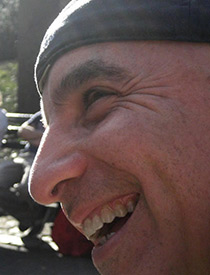 Born and raised in Astoria, Queens where he currently lives with his wife Michele, Mickey Z. is probably the only person on the planet to have appeared in both a karate flick with Billy Blanks and an anti-war book with Noam Chomsky. Mickey Z. is the author of five nonfiction books, several of which have been translated into Italian: 50 American Revolutions You’re Not Supposed to Know, The Seven Deadly Spins, A Gigantic Mistake, The Murdering of My Years, and Saving Private Power. His nonfiction, short fiction, and poetry have appeared regularly in a wide range of online and print publications and anthologies, including: New York Daily News, Veg News, Poets and Writers, Village Voice, Chess Life, Guerilla News Network, Black Belt, What Would Bill Hicks Say?, Tutto in Vendita, Underground, and many others. Mickey has also served as Senior Editor of Wide Angle (2002-04) and Editor-in-Chief of Curio (1996-98). Screenplays he has optioned include A Saint in the City, Second Option, and The Pride. He is the recipient of two writing grants from the Puffin Foundation (2003 and 2005) and a Fellowship in Non-fiction Literature from the New York Foundation for the Arts (1997).

Armed with only a high school diploma, Mickey Z. has spoken and lectured in venues ranging from Yale University and MIT to ABC No Rio and the Broadway Branch of the Queens Library. Newsday calls Mickey Z. a “professional iconoclast.” Time Out New York says he’s a “political provocateur.” To historian Howard Zinn, he’s “iconoclastic and bold.” He was also known as the “underground poet” for hanging his words in the NYC subways. Mickey Z. maintains a popular blog, “Cool Observer,” and can be found on the Web at http://www.mickeyz.net. 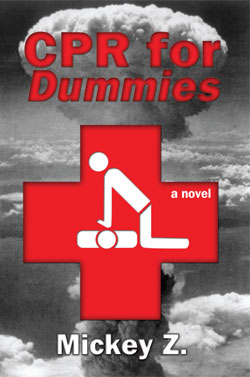 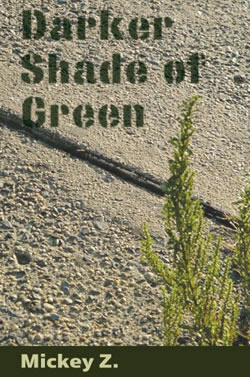