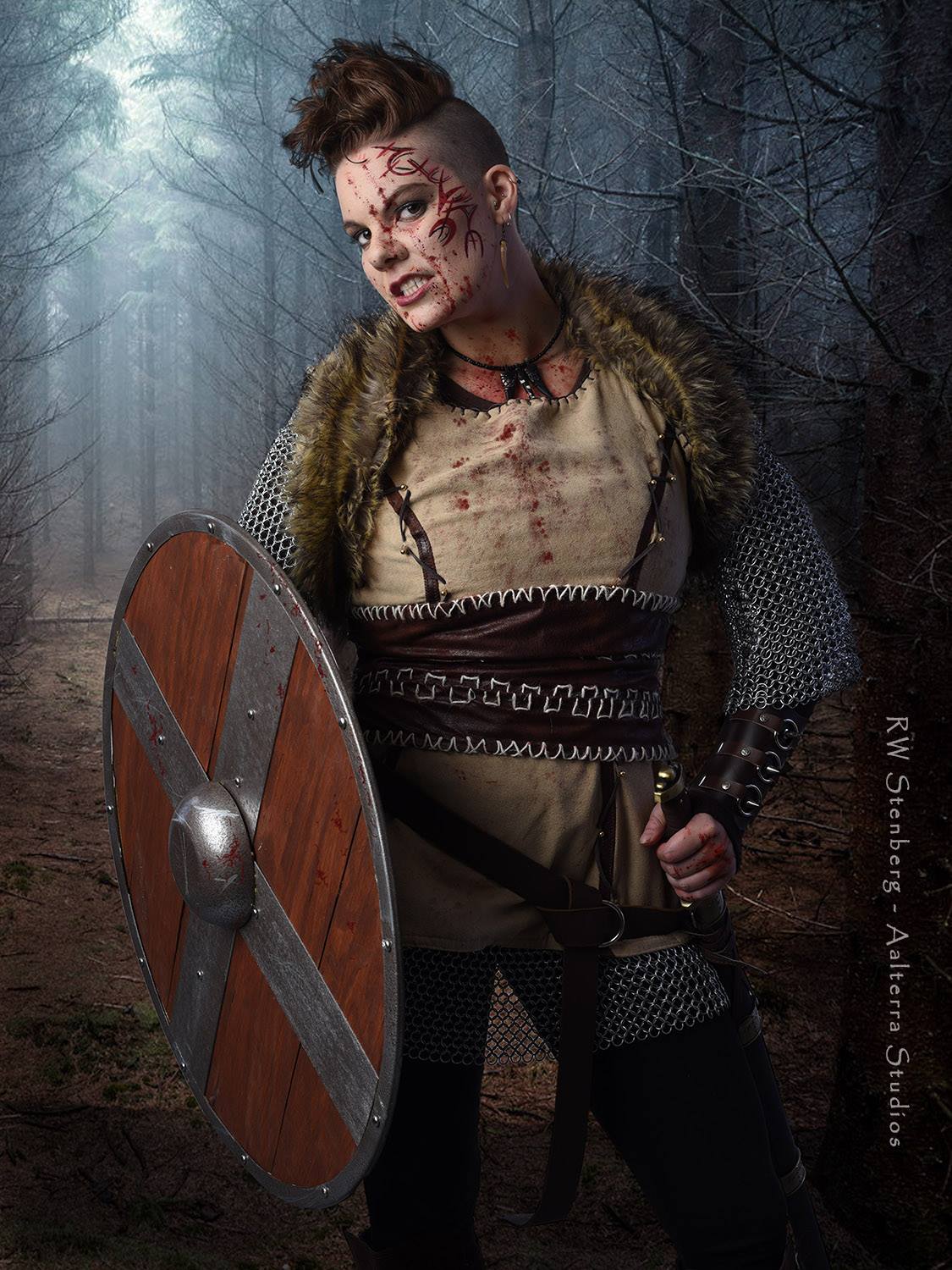 While Jessica McHugh has long been a known associate of RDSP it was awhile before we found the right project to work on together. Nightly Owl, Fatal Raven fits the bill perfectly since it combines speculative world-building and a deep appreciation of the works of Shakespeare. This is a Fantasy novel with a fully-realized world of brutal struggles but it is also crafted with lyricism. We are excited to have it as part of our publishing schedule for 2017.

This photo of the author was taken as part of a photo shoot by Aalterra Studios and while it does not have to do with the book it captures the warrior spirit of Shal, the novel’s protagonist.

In Cartesian legend The Capesman is the collector of souls and he’s a busy man indeed. Shal must do everything she can to avoid meeting him face to face, while figuring out how to escape the deprivation and torture of Malay Prison in order to avenge the death of her father.

The ocean urged her to stop treading. The Capesman sang of glorious surrender. The deadly fathoms seized her, submerged her, and thinned her breath to a distant memory. Still, the woman battled on.

Spent years seemed like fragments of someone else’s life. Time had been a precious thing once, fragile as moonlight on ocean skin. She saw it now and her reflection therein, but it did not shine as it once had. The years had changed everything about her. They’d stolen memory, heart, and hope, and her identity lost further worth as seawater glutted her lungs.

The moon rippled above, in another world, and the deeper she sank, the more that realm of earth and oxygen became a stranger. Impossible black clouds billowed in the water. They surrounded and swallowed her, snuffing the light, stealing her senses, and attempting to steal the fight from her body. She’d come so far and gotten what she needed from the sea floor, but she couldn’t make it back to the surface.

In the terror of surrender, with the opposing collapse and stretch of death striking every organ, calmness flowered in her brain. She’d failed, but at least it was over. She had only to walk the Capesman’s pier, and she’d be free.

Jessica McHugh is a novelist, poet, and internationally produced playwright running amok in the fields of horror, sci-fi, young adult, and wherever else her peculiar mind leads. She’s had eighteen books published in seven years, including her bizarro romp, The Green Kangaroos, her Post Mortem Press bestseller, Rabbits in the Garden, and her edgy YA series, The Darla Decker Diaries.

Did you know you can read RDSP books on all your devices and computers with the downloadable Kindle Reader App? Get it here: http://amzn.to/2dGfc31