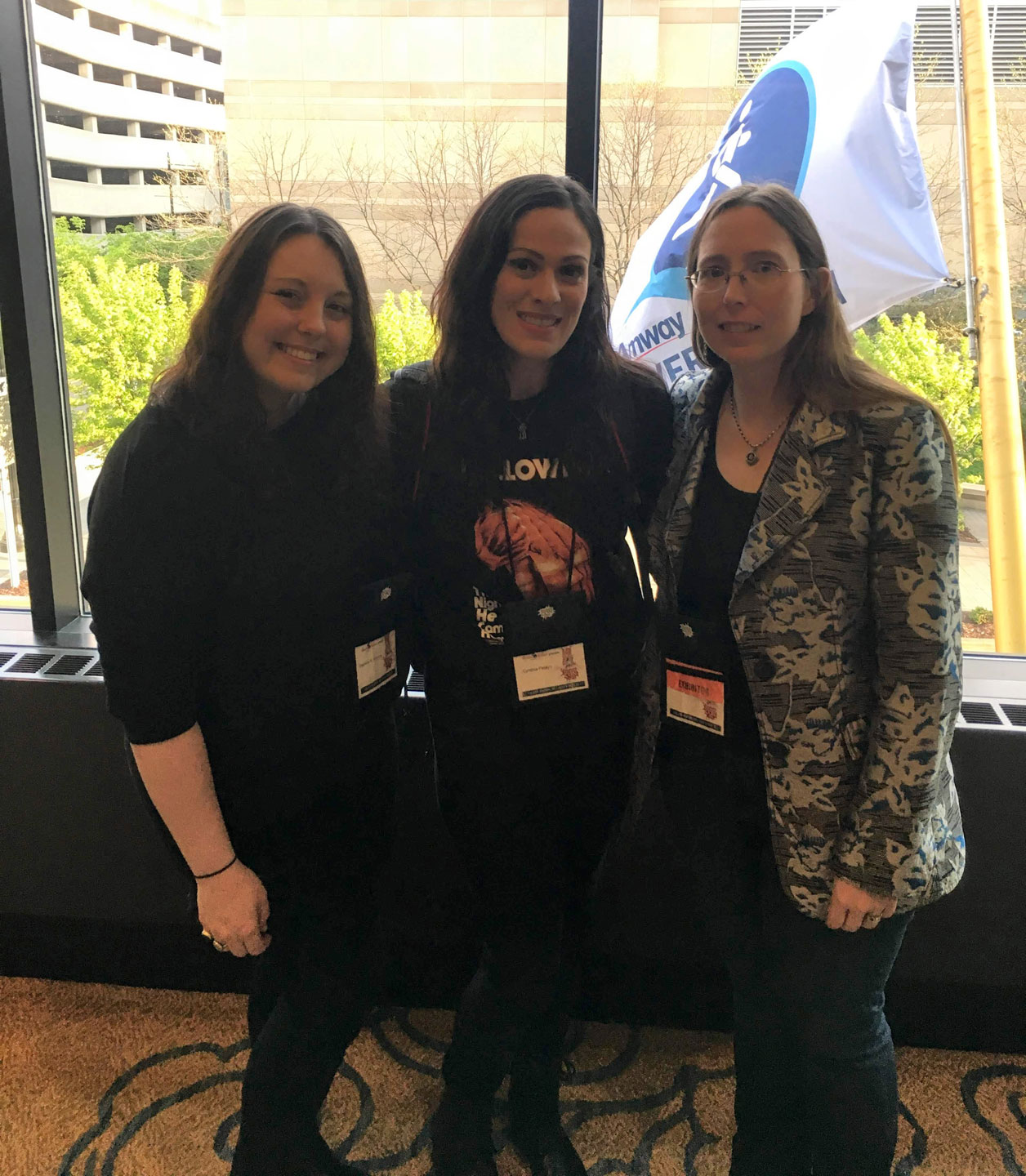 StokerCon this year was pure joy. For one thing Stephanie Wytovich was the poetry guest of honor. For another we had so many RDSP authors on hand! Steven Archer, Michael Arnzen, Matt Betts, James Chambers, Kristin Dearborn, J.L. Gribble, James Leach, Janice Leach, John Edward Lawson, Donna Lynch, Lee Murray, Cynthia Pelayo and D. Harlan Wilson all showed up. We also received the Specialty Press award from the HWA which was truly memorable and will be covered in a separate post. The StokerCon volunteers work hard to create a welcoming environment and every year this con takes it up at notch.

The StokerCon programming gets better and better every year and our authors were very involved this time around. There’s too much to cover completely so I’ll just mentioned some of the highlights. J.L. Gribble gave her infamous Alternate History presentation which is both informative and fun because once she explains how to create an alternate history the audience gets to go ahead and do it. Matt Betts ran through the basics of creating a press kit in The Press Kit that Ate New York.

People were very complimentary of John Edward Lawson’s workshop on writing characters of color and Michael Arnzen always entertains with his class on Making the Reader Squirm. The African-American Images in Horror panel was truly engrossing and the panel on Inclusion was deserving of an entire post on its own which I hope to write soon. Donna Lynch, J.L. Gribble, John Edward Lawson, Lucy Snyder and Michael Arnzen all gave readings. There was a fascinating panel discussion about Clive Barker’s Books of Blood that John Edward Lawson contributed to. Donna Lynch spoke on both the body horror and weird poetry panels. Lucy Snyder was on panels about blogging and creating villains. Lee Murray was the readings coordinator and participated on panels about creatures and military fiction as well as playing the RPG Bedlam Hall. Cynthia Pelayo and Stephanie Wytovich both spoke on the Writing Through Personal Tragedy panel and were presenters for the Bram Stoker Awards.

I actually didn’t get to attend this but I learned more about it talking with Nicholas Diak who is co-chair and I was really impressed with the possibilities. The Ann Radcliffe Conference allows individuals to present on completed research or work-in-progress horror studies project that continues the dialogue of academic analysis of the horror genre. I had not realized the work didn’t need to be completed already.

I was lucky to be able to participate in Librarian’s Day which is organized by horror’s library champion Becky Spratford. Because I was on other panels I wasn’t able to attend the entire day but what I saw was fabulous. This year programming included an in-depth presentation about Dracula from Stoker descendant Dacre Stoker, a discussion of Fandom programs at libraries, the launch of the Summer Scares reading program, Podcasting 101, a live interview with Gabino Iglesias, a luncheon and several excellent speakers from the small press, both authors and publishers. You can view a rundown of the day’s activities with links and resources here.

The session I was involved in was Small Publishers, Big Voices which had authors and editors in pairs to talk about their projects. Grady Hendrix had us all in stitches describing the Paperbacks from Hell line from Valancourt Publishing which brings back some true horror classics. From cockroaches that literally eat anything to Big Foot this series has it. Next we heard from Josh Malerman’s about his unusual publishing experience. What other author has had 20 completed novels in their pocket when they were “discovered”? This unique situation has led Malerman to be able to stack releases alternating between the Big Five and the small press. Erik T. Johnson was also on hand to talk about their joint project and his experience in the small press.

Don D’Auria spoke about Flametree Press alongside author Jonathan Janz who is just as genuine, enthusiastic and dedicated as you could hope for. Their professionalism is a credit to the genre. Listening to Lesley Connor describe the books that Apex has lined up for the year was enthralling. Seriously, you’ve got to check these books out. Each one sounded fabulous and unique. Chris Payne from JournalStone was also on hand to talk about their upcoming titles and Gwendolyn Kiste talked about her experience publishing her award-winning novel The Rust Maidens through Journalstone.

One thing I was really pleased about was the return of the mass autograph session which used to be a feature of World Horror Con. It was extra fun this year because it was combined with an ice cream social. At last year’s StokerCon I was talking with the Brian Matthews about how to make the dealers room better and I pointed out that holding an event in the dealers room, like a wine and cheese reception, would be a good way to encourage people to shop. Well Brian’s ice cream social was an improvement on that idea and so much fun to be part of. Everyone was smiling and having a great time and the sales were terrific. I heard lots of dealers say they did well and I’m pretty sure our sales were the best ever for a World Horror/StokerCon.

Another thing that StokerCon excels at are pitch sessions. This year I talked with 9 writers about their projects from poetry collections to novels. There was not a bad idea in the bunch and I’m looking forward to reading their work.

Despite the length of this post I feel I’ve only scratched the surface of StokerCon in Grand Rapids. These RDSP authors also wrote about StokerCon: Michael Arnzen, J.L. Gribble and Stephanie Wytovich.

Our photo gallery was augmented with photos from D. Harlan Wilson and Jeanne Bush.