Jeremy Shipp’s novel Vacation has impressed and inspired a lot of people and one of those is Director/Producer Jayson Densman. He was so inspired that the two decided to collaborate on a short film and so the idea behind ‘Egg’ was hatched. Densman flew Shipp out to Texas to do some signings for Vacation and attend the filming. Below are impressions from both men on the experience.

Meeting Mr. Shipp
(and other horrifying hoopla)
By Jayson Densman

Upon solidifying plans to fly Jeremy Shipp and his life-partner Lisa to Dallas for two book signings, a visit to the set for some of the shooting of his short script ‘EGG’ and plans for an on-camera interview with myself…I began to wonder. What have I got myself into now?

One must remember this is the person who has written some of the strangest fiction in recent memory. Delicious stuff, to be sure. For those who have not ingested ëVacationí or any of his shorter dessert items, you are excused from the table. Delicious, yes, but on the same pitch, a bit scary. Undercurrentia Nervosa. Driving to Love Field to pick him up, I wondered…am I inviting into my Explorer some kind of monster, cleverly disguised as a mild mannered human that writes cool, hip stuff? Was there the possibility that his suitcases were stuffed full of murderous, renegade garden gnomes? Perhaps he would yawn from the flight and out would float a noxious, malodorous gas that would hypnotize me to his will. A number of nightmarish things came to mind. Thank God I only suffer from an overactive imagination. What I received from sunny California was two of the nicest, most humble human beings Iíve ever had the pleasure to meet or work with. Blessíem both! What a relief.

Jeremy Shipp on the set of ‘Egg’

The next day we picked up the mime actor Chazz and headed out to Whitewright Texas for the first day of shooting. Due to Friday traffic and marginally nasty weather, we were almost 3 hours late getting to the location. Everyone was there. Waiting on us. The only thing going through my mind was ëIím 3 hours late for my own fucking shoot!í and other such niceties I choose to expurgate. Nonetheless, the shoot happened in a great way. A cool little temporary family was formed that night at the spooky feed mill. Everyone was into the shoot (we didnít finish until 4:30am) and the resulting footage is nothing shy of spectacular. Chazz Thomas (the mime) was jazzed even after he had his head blown off and rather enjoyed sneaking up behind folks. He did die quite beautifully, though. 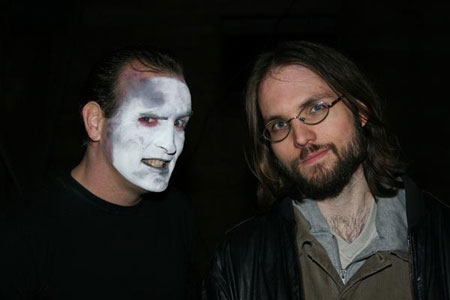 Evil John Mays is just a pleasure to work with and awesome at his organic splatter FX. Ka Beesler (the Father) approached and fell into his role with accuracy and grace, even though his roll is selfish and controlling…something in life he is definitely not. Jeff Swearingen (Lane & Old Man) showed up after his stage performance in Dallas (The Boxer) ready to rock ën roll. He did just that. 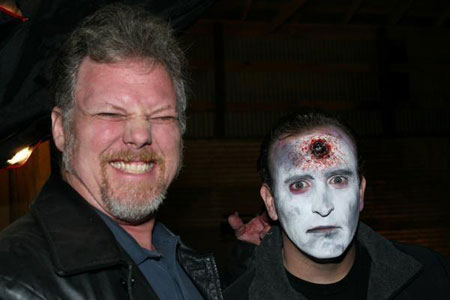 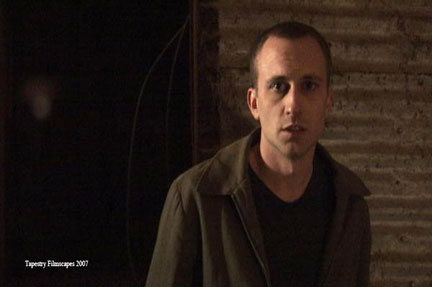 Our second day of shooting was December 17th, an Evil Monday. We ended up shooting scenes 1, 2 and 5, leaving us with only one scene left to shoot. These were the more dramatic passages in the script and relied heavily on the narrative and non-verbal expressions. The child actor, Mac Grimes (Young Lane & Manny), dove in with that wreckless abandon and purity that only a child can produce. Swearingen, as the Old Man, did a beautiful job with just three words in EGGís final scene at the old southern mansion. 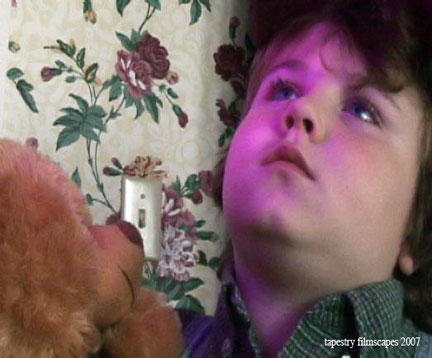 Itís not just showing up and shooting cool, scary stuff. This is about the purest act of storytelling in the most accurate and moving way possible. Our job as creators is to transmit emotion through our chosen mediums. All who chose to drive 80 miles to selflessly help out inherently understood this modality and produced one EGGcellent shoot. Bar none. 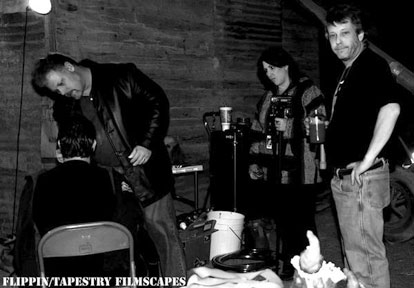 P.S. Chazz (the mime) decided to drive back with all that make-up on – bullet wound, blood and all. He stopped at a Whataburger, ordered and scared the livin’ shit out of the drive-thru girl. Damn, I should have had a cam rolling! …J 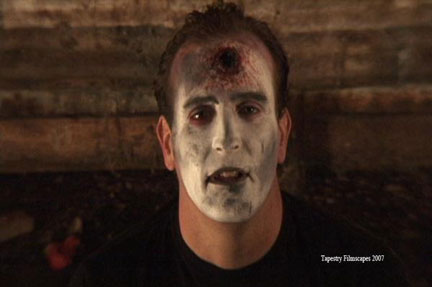 A note from Jeremy C. Shipp

The following is a haiku about my recent trip to Texas:

Ok so maybe I’m no good at writing haikus.

Anyway, it was a surreal and awesome experience being there during the first day of shooting. There were many sights to behold. 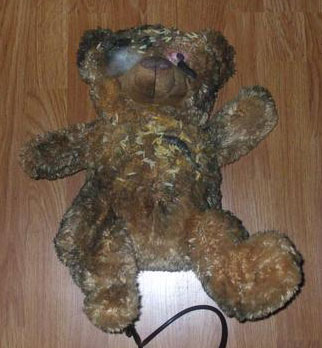 So, of course, I was in my element.

What have I gained from this experience? Aside from new memories, friendships, and the disgusting teddy bear (which they were kind enough to let me keep), I’ve secured a steel confidence in this cast and crew. As I see it, EGG is going to be the strange, surreal and emotionally potent short film that pecked its way out of my cranium.