Zombiefest was held inside the Monroeville Mall this year (where Dawn of the Dead was filmed). Having horror vendors in front of stores like Amercian Eagle and Express was both odd yet fitting since zombies and mindless consumers have a lot in common.

Some of the best zombie costumes included a zombie Sarah Palin, zombie Ragedy Ann & Andy, zombie Jesus (complete with fishing rod with a brain on the hook “a fisher of zombies”) and the zombie teletubbies.

Thanks to Michael Arnzen for the first 3 pictures. To read his con report and see more pictures visit Gorelets.com. 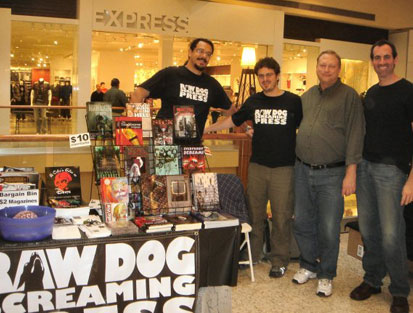 Steven North, Ryan Mecum and Michael Arnzen at their panel/reading 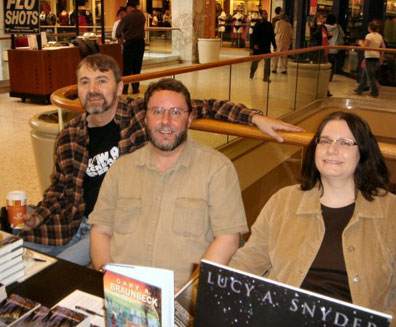 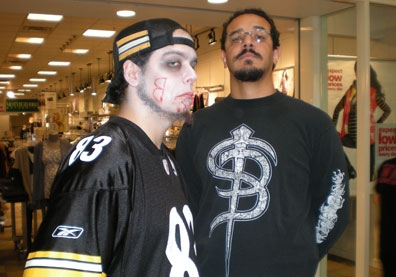 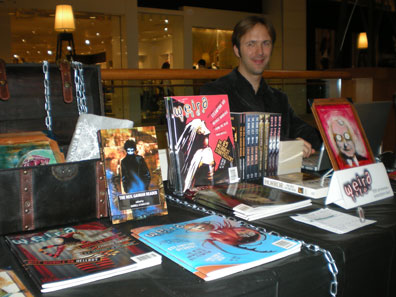 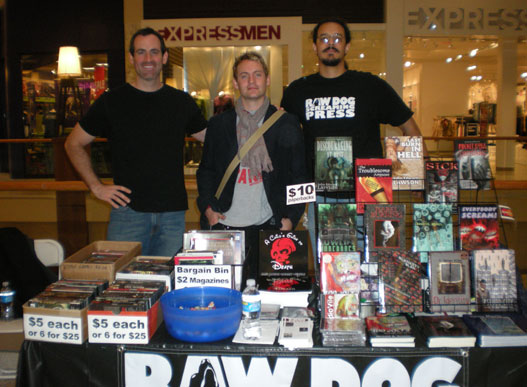 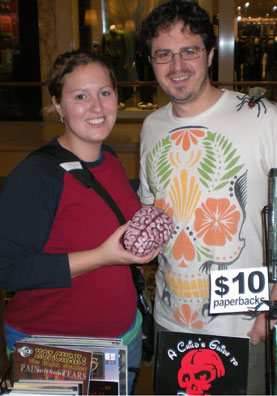