Preston Black’s Opening Act at Black Bear Burritos in Morgantown was unlike any event we’ve done before. It was a chance for the local community to pick up a signed copy of THE DEVIL AND PRESTON BLACK before its official release.

Instead of being all about the book, or the author, this event was about the community. The book takes place in Morgantown so Black Bear Burritos was the obvious choice for a pre-launch party. The vibe was low-key and relaxed with Miller’s family, friends, fans and members of The Morgantown Poets society all coming out to celebrate.

Local band Abacus Jones provided entertainment which was fitting since, in the novel, Preston Black is a struggling musician and the culminating scene is a concert. Black Bear even put together a special burrito, The Ham Hellbender, as a tribute to Miller’s first novel HELLBENDER. A raffle was held to benefit a nearby creek and lake. 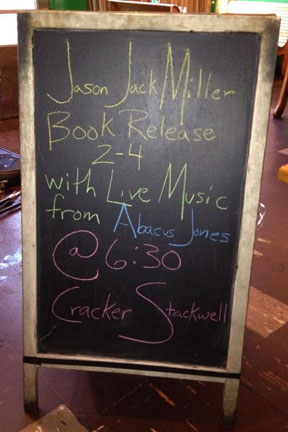 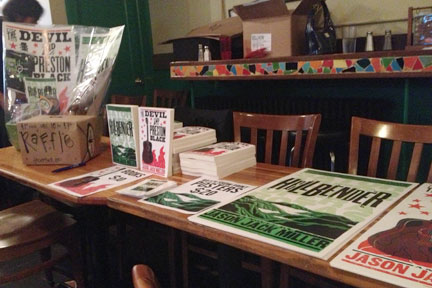 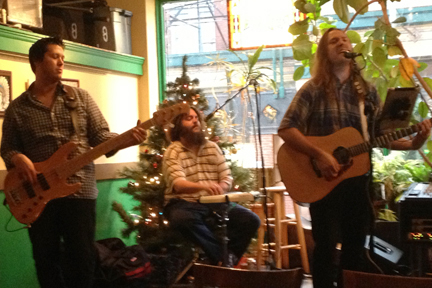 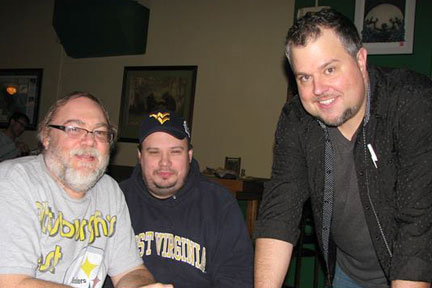 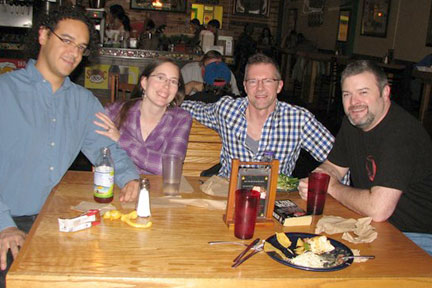 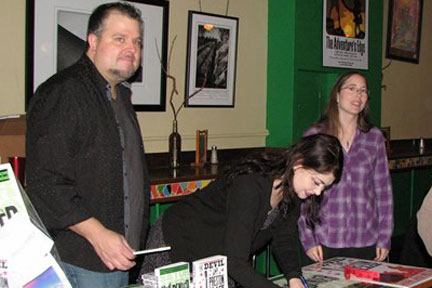 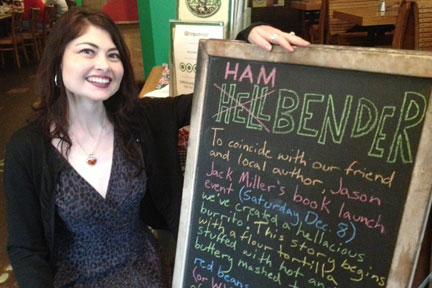 Heidi Ruby Miller will tell you the Ham Hellbender Burrito was so delicious!