To celebrate the launch of the 20th Anniversary Edition of Grave Markings by Michael Arznen we had a Bizarro Halloween event featuring readings from Michael Arnzen, G. Arthur Brown, B.E. Burkhead, J.L. Gribble, Nathan Rosen & K. Ceres Wright. The reading was held in Terrault Contemporary art gallery amidst paintings that would inspire any writer. Beforehand we also took the opportunity to visit the Poe House in Baltimore and ate diner at the fantasic Sci-Fi themed Lost City Diner and had a few drinks at the famously haunted Club Charles Bar. 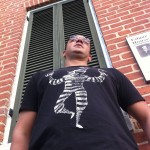 Outside the Poe House 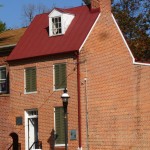 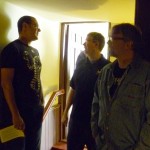 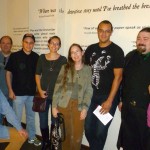 Inside the Poe House

Misery Hour at the Poe House 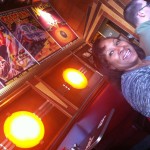 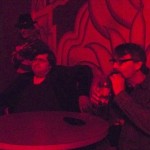 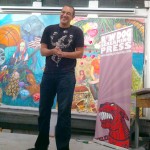 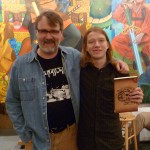 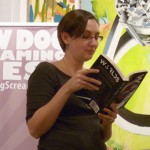 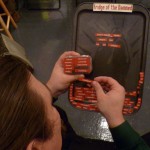 B.E. Burkhead composing a Fridge of the Damned poem 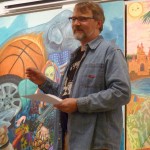 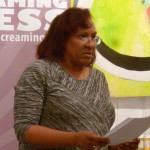 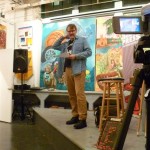 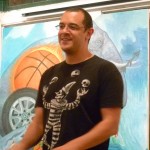 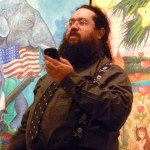 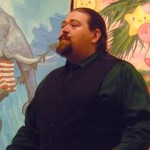 View videos of some of the readings from the event: