We were only able to attend one day of NoirCon but it was definitely an awesome one. It kicked off with Eric Miles Williamson‘s keynote speech which explained how he built a Redneck Mafia and why the group of educated working class people created by the GI Bill is unique and won’t be repeated.

There was a fascinating interview with Japanese crime author Fuminori Nakamura translated live. And then, to celebrate the launch of the anthology Stray Dogs: Writing from the Other America there was a raucous panel/literary skirmish with many of the authors included in the book. RDSP’s Michael Gills is one of those authors and he was on hand for the panel. Larry Fondation is also featured though he couldn’t make the event. The panel was moderated by the editor William Hastings and the other authors participating were: Patrick Finn Michael, Joseph Daniel Haske, Vicki Hendricks and Ron Cooper.

Lunch was provided by Down And Out Books, the press that released the anthology. Afterwards we got a chance to spend some time with Daniel Mendoza who is doing interviews for a companion volume to Stray Dogs. It was a great chance for us to see some of our authors that we live far away and meet a bunch of new and talented ones. 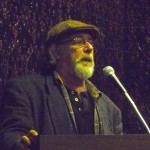 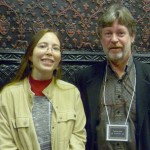 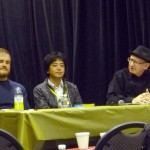 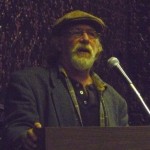 About the Redneck Mafia 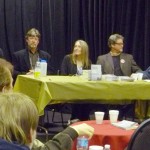 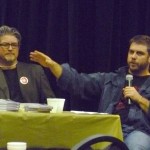 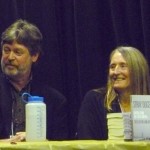 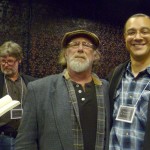 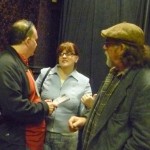 Readers getting the book signed 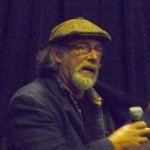 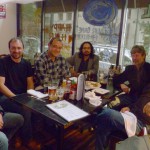