COVER REVEAL: In a Suspect Universe 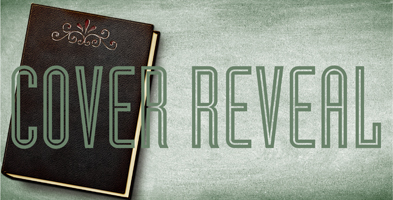 Raw Dog Screaming Press is very happy to reveal the cover of In a Suspect Universe, a novel by Albert Wendland Ph. D., author and co-creator of the Seton Hill University MFA Writing Popular Fiction program, to be released on August 15, 2018 under the Dog Star Books imprint.

The cover was created by UK artist Bradley Sharp who makes a living by designing magazine spreads, but freelances with vector illustrations, allowing him to create something far-removed from what he does in his nine-to-five job. Sharp finds vector to be an easy tool and believes anyone can use it. “I’d say my artwork is nothing more than glorified doodling. I like the logical inconsistencies of surrealism and find inspiration from many places such as music or the science fiction genre. Dog Star’s novels lend themselves well to my style. I look forward to working with DSB in the future, and hope fans will like the imagery as much as they enjoy the words.” Find Sharp’s work online at http://www.bradsharp.co.uk.

The Backdrop for In a Suspect Universe

This novel is noir planetary-romance, a mix of high space adventure with a post-human relativism, where an Edgar Rice Burroughs idea meets the style of Michael Ondaatje, and the classic SF plot of a colony on another planet is overcome by modern-day uncertainty principles—where the setting and the people, the “Blight” and “the Keepers,” the “illuminated forest” and its “manifestations,” are not, and never will be, exactly what they seem.

“In this planetary adventure of mystery and romance, Mykol Ranglen, space-wanderer from The Man Who Loved Alien Landscapes (the first book in the series), finds the planet of his dreams and the future he desires,” said author Albert Wendland. “But he learns they come at too high a price. The terrors of a mysterious alien ‘Blight,’ ancient warring galactic civilizations, and the hidden and surprising nature of the universe itself, conspire to stop him. From out of this buried tale in his past, the secrets revealed, and the chances lost, will haunt Mykol Ranglen forever.”

In a Suspect Universe is the second book in the Mykol Ranglen series, with the first being the previously mentioned The Man Who Loved Alien Landscapes. However, Wendland explains that it’s more of a prequel as the events take place before those in the first book; however, both books stand alone and don’t need to be read in a particular order. As happens on many occasions though, this prequel does enlighten readers who have read, or want to read, the first book. According to Wendland there will be at least two more books in this series.

“Think of the original Adam Strange meeting The English Patient, and then meeting Lovecraft’s ‘Shadow Out of Time.’ The story begins as planetary romance, a man’s desire for escapist adventure on an exotic alien world, but it soon develops into ‘planetary noir,’ a dark and highly emotional confrontation with dangerous surprises, with secrets out of the galactic past, and a fear that even the nature of the universe is not what it seems . . .that it’s a ‘suspect’ universe.”

An early interest in astronomy, DC science-fiction comics, and the Sunday Flash Gordon strip, led Albert Wendland to a life-long fascination with science fiction. He wrote one of the earliest dissertations on science fiction, and even his drawings and paintings had SF themes. He teaches English, and often SF, at Seton Hill University, where he co-created the MFA program in Writing Popular Fiction, which emphasizes genre fiction exclusively, an emphasis rare in graduate writing programs.

His SF novel, The Man Who Loved Alien Landscapes, a starred pick-of-the-week by Publisher’s Weekly, was released by Dog Star Books, and it generated the prequel/sequel, In a Suspect Universe, which tells a hidden story from the protagonist’s past. He’s now working on a collection of poems, Temporary Planets for Transitory Days, supposedly written by that same protagonist. A prose sequel to all these works will follow, most likely called Galaxy Time (though one more novel might be squeezed out before he gets to it). His other interests are geology and astronomy, landscape photography, graphic novels, film, and the “sublime” in prose, visual art, nature, and outer space.

“…an exotic and transcendent technology, but the truly amazing machine operative in this novel is the one Wendland stores in his skull: a device that can ingest back issues of Black Mask and Astounding, extract their respective hardboiled and hard-SF essences, and bring forth a narrative bursting with the pulpistic pleasures we’ve all been missing without knowing it.”—James Morrow, World Fantasy and Nebula Award-winning author

“Mystery, heart-pounding adventure, and the dazzling wonders of far-flung space play significant roles in Wendland’s breakout novel, all while gifting us with a mesmerizing tour of alien landscapes destined to get under your skin and remind you of the very reason science fiction exists: Not to escape to other worlds, but to find ourselves within them.”—Diana Dru Botsford, author of The Drift and Four Dragons