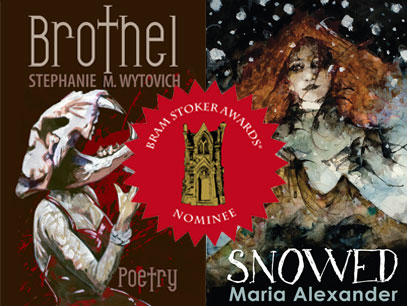 Voting members of the Horror Writers Association are eligible to receive free copies for consideration. Qualifying HWA members can contact [email protected] to request electronic copies of both Snowed and Brothel.