HorrorFind March was awesome! The new hotel is really nice and though the crowd is a bit smaller than in August there were still plenty of people interested in RDSP books. People were wild about Luna Maris and we sold out of copies of A Child’s Guide to Death. Plus we got to hang out more than usual.

Ron’s reading was too much fun, his brothers Darin and Jonathan are CRAZY! Sitting down to a good meal with Dustin LaValley and his friend Pat at Plato’s Diner was actually relaxing. And we got lots of good video footage.

It’s always so much more fun when Donna & Steve are around helping with the table and spreading cool Ego Likeness vibes. I was also happy to meet Stephen Segal who has done a great job transforming Weird Tales Magazine. 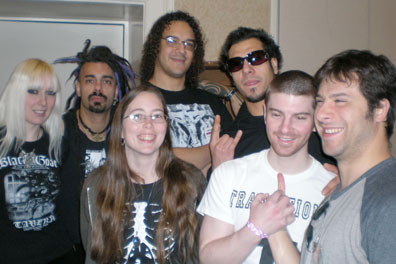 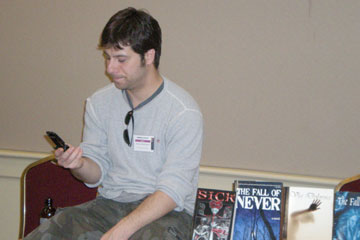 How do you work this thing again? 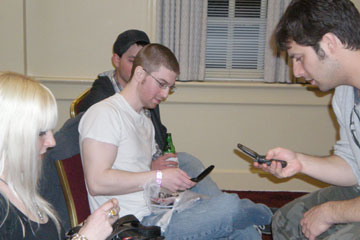 OK, let me show you… 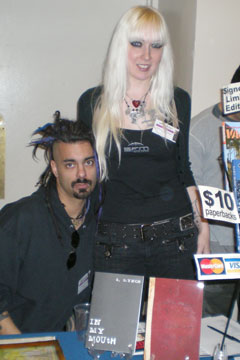 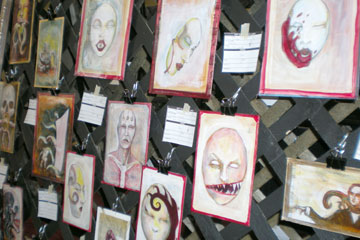 The real reason no one messes with Ron. 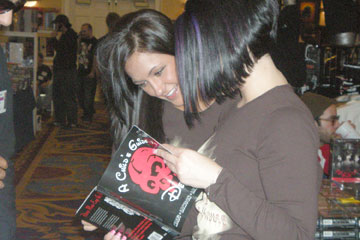 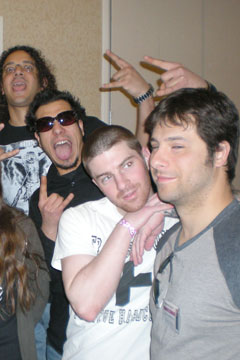 “Why you sly devil…” 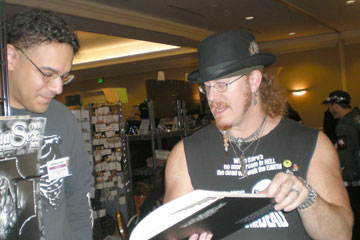 But see it says here you need TWO eyes of newt. 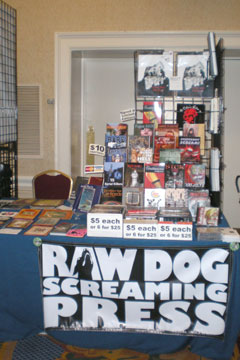 Is it just me or is RDSP getting bigger? 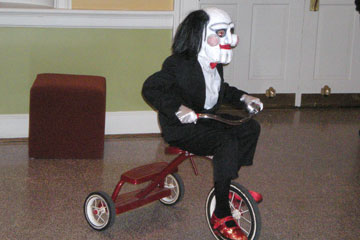 This kid was just super-freaky. 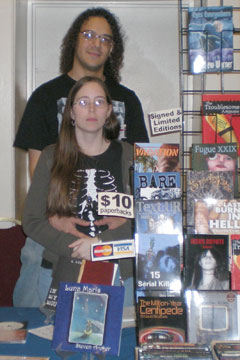 See you guys in August!