Bram Stoker Award®-winner Eugene Johnson is a bestselling editor, author and columnist. He has written as well as edited in various genres, and created anthologies such as the Fantastic Tales of Terror, Drive in Creature Feature with Charles Day, the Bram Stoker Award®-nominated nonfiction anthology Where Nightmares Come From: The Art of Storytelling in the Horror Genre and many more. As a filmmaker, Eugene Johnson worked on various movies, including the upcoming Requiem, starring Tony Todd and directed by Paul Moore. His short film Leftovers, a collaboration with director Paul Moore, was featured at the Screamfest Film Festival in Los Angeles as well as Dragoncon. Eugene is currently a member of the Horror Writers Association. He resides in West Virginia with his partner Angela, daughter, and two sons. 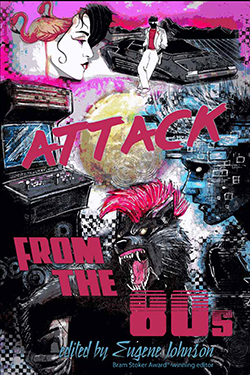