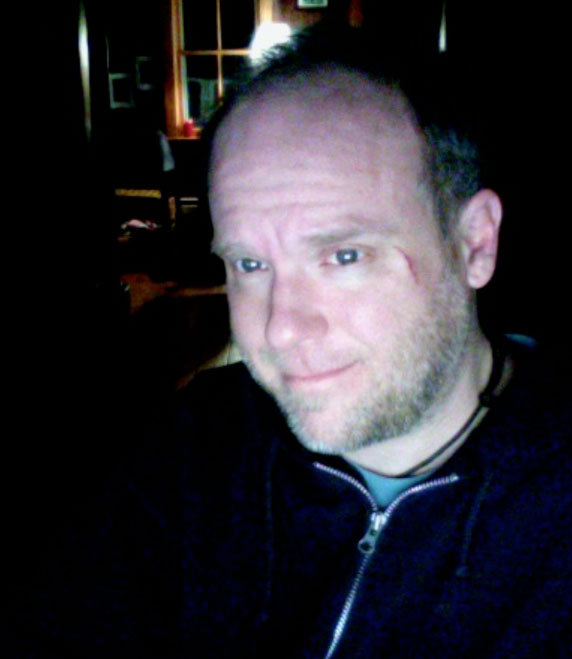 Scott Christian Carr lives on a secluded mountaintop deep in New York’s Hudson Valley.  He spends his time writing novels and stories, producing for film and television, and enjoying the country life with his kids. Carr is the co-creator of The Learning Channel TV series Dead Tenants, and has produced television for such networks as MSNBC, Discovery, The Hallmark Channel, A&E, and others. His fiction & nonfiction have appeared in Shroud Magazine, Withersin, GUD, Horror Quarterly, Pulp Eternity, Weird N.J., and assorted anthologies. His novels Champion Mountain and Hiram Grange & the Twelve Little Hitlers are currently garnering favorable reviews. His recent accolades include The Hunter S. Thompson Award for Outstanding Journalism, Scriptapalooza TV: 1st Place Best Original Pilot, and a 2009 Bram Stoker Award nomination. He is the author of the upcoming novels Wasteland Blues (co-written with Andrew Conry-Murray), Hiram Grange & The Twelve Steps, and Matthew’s Memories (illustrated by Danny Evarts).