Steve Beard was born in England in 1961 and, after attending Oxford University, worked as a style journalist on i-D Magazine. In 1999, he published the science fiction/fantasy novel, Digital Leatherette, which William Gibson said was “fresh evidence that the street finds its own uses for literature.”

He is collaborating with Jeff Noon on a baroque fantasy novel accessible at www.mappalujo.com. 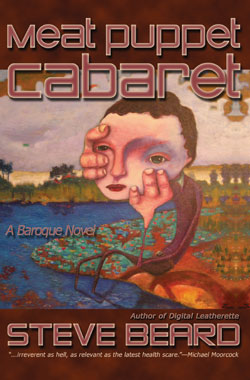