Michael Arnzen was the horror Guest of Honor for Context 20 and an excellent choice since he was able to entertain with his readings and even screen Exquisite Corpse, the collection of shorts based on his stories. They also played Driving the Sick Elephant, one of the tracks from Audiovile. D. Harlan Wilson was also in attendance.

Thanks to Heidi Ruby Miller who took photos to immortalize the event. Visit her LiveJournal page for a complete con report. 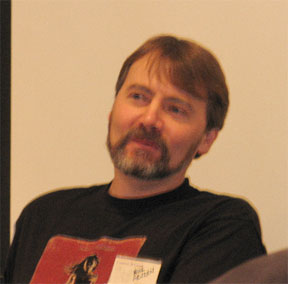 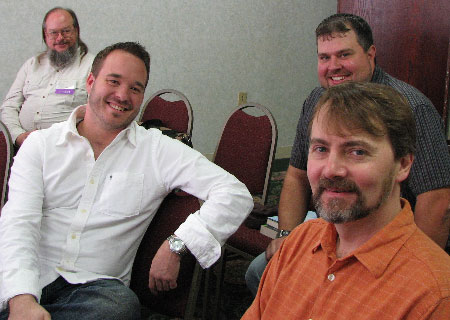 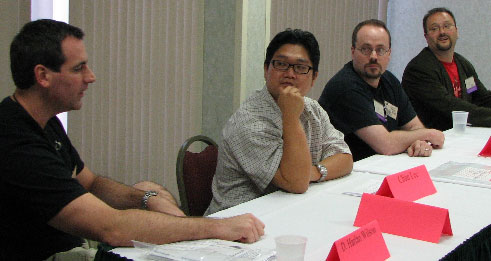 Arnzen studying his notebook during the convention. 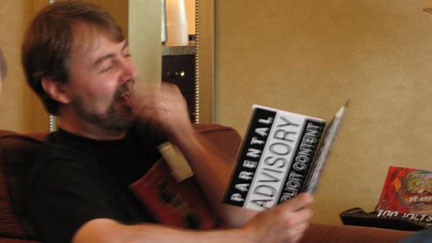 “I can’t believe I actually wrote THAT!”