RDSP authors Dustin LaValley and John Edward Lawson traveled to Corsicana, TX to take part in the filming of LaValley’s short story, Party Girl. They joined director Jaysen Densman, special FX guru Evil John Mays and lead actors Candace Porter and Tom Young plus many others to bring this gruesome tale to film. LaValley and Lawson were also some of Party Girl‘s many victims.

The Corsicana Daily Sun even did an article on Party Girl film shoot. For even more pictures and info about Party girl visit its myspace page: http://www.myspace.com/eggfilm 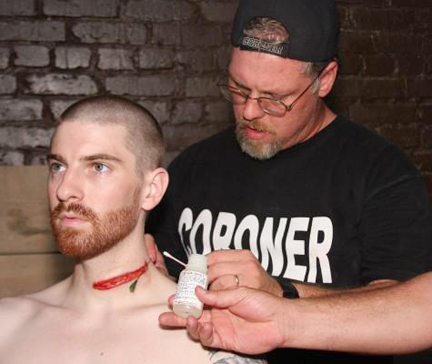 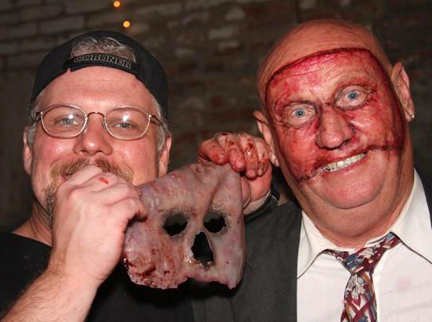 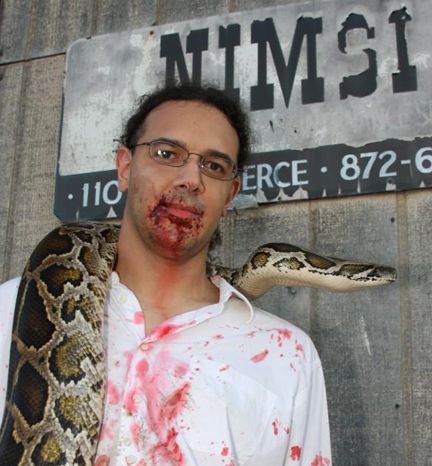 John Edward Lawson hangs out on set with a Burmese python, one of two snakes used in the filming of the movie. 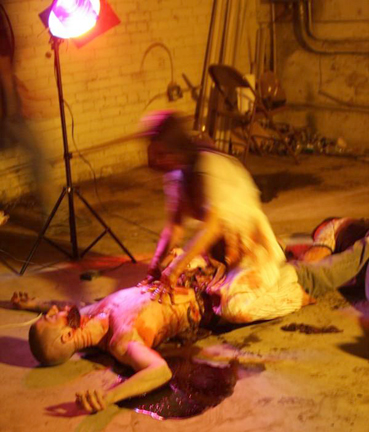 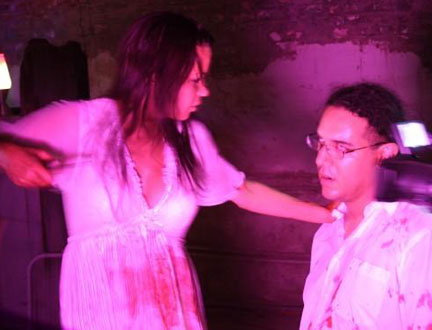