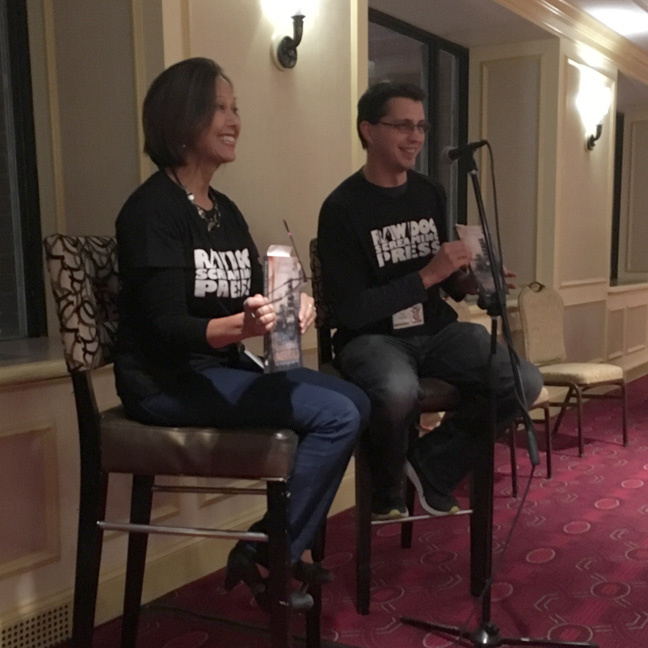 StokerCon in Providence was one of our best con experiences yet. This year RDSP was an official sponsor. We had nine authors and editors on hand including Michael Arnzen, Donna Lynch, Steven Archer, Stephanie Wytovich, Dan Rabarts, Lee Murray, John Edward Lawson, Jennifer Barnes and K. Ceres Wright. Highlights included a Bram Stoker Award win for A Collection of Nightmares by Christina Sng (editor Stephanie Wytovich accepted on behalf of Christina) and brisk dealer’s room sales.

There were several excellent readings. Michael Arnzen performed poetry and Dan Rabarts & Lee Murray read from Hounds of the Underworld together. John Edward Lawson was paired with GoH Victor LaValle and after their traditional readings they quizzed each other in an impromptu interview about common themes in their work. Stephanie Wytovich gave a killer presentation on Scream Queens and both she and Michael Arnzen taught classes on craft.

RDSP authors and editors were on a combined total of 28 programming events! The panels were all well-attended and packed with lively discussion. We’re looking forward to next year’s StokerCon in Grand Rapids. 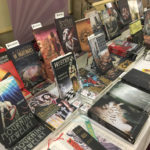 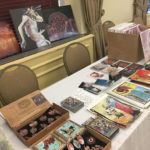 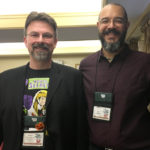 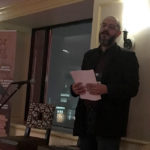 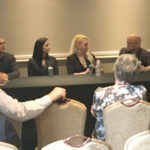 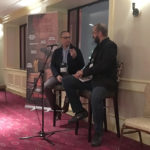 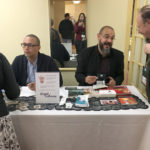