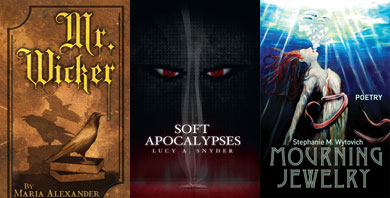 The Horror Writers Association annual Stoker Award preliminary ballot has been announced, and RDSP titles made it into three different categories:

We extend our congratulations to all of the authors who have work currently under consideration for the Stoker Award. 2014 was clearly a good year for horror publishing!

More about the authors

Her second poetry collection—At Louche Ends: Poetry for the Decadent, the Damned and the Absinthe-Minded—was nominated for the 2011 Bram Stoker Award. And she was a winner of the 2004 AOL Time-Warner “Time to Rhyme” poetry contest. When not wielding a katana at her local shinkendo dojo, she’s being outrageously spooky and writing Doctor Who filk. She lives in Los Angeles with two ungrateful cats and a purse called Trog. Explore her website: www.mariaalexander.net. You won’t regret it. 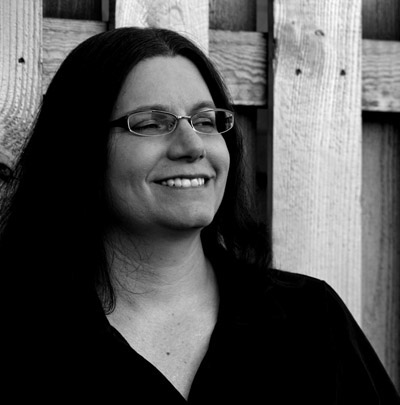 Lucy was born in South Carolina but grew up in San Angelo, Texas. She currently lives in Worthington, Ohio with her husband and occasional co-author Gary A. Braunbeck. Lucy has a BS in biology and an MA in journalism and is a graduate of the 1995 Clarion Science Fiction & Fantasy Writers’ Workshop; her classmates included authors Kelly Link and Nalo Hopkinson.

She has worked as a computer systems specialist, science writer, biology tutor, researcher, software reviewer, radio news editor, and bassoon instructor. In her past life as an editor, she published Dark Planet and selected poetry and software reviews for HMS Beagle. She currently produces a column for Horror World on science and technology for writers and coordinates the writing workshops at the annual Context conference. If genres were wall-building nations, Lucy’s stories would be forging passports, jumping fences, swimming rivers and dodging bullets. You can learn more about her at www.lucysnyder.com.

Stephanie M. Wytovich is the Poetry Editor for Raw Dog Screaming Press, a book reviewer for Nameless Magazine, and a well-known coffee addict. She is a member of the Science Fiction Poetry Association and a graduate from Seton Hill University’s MFA program for Writing Popular Fiction.

Her debut poetry collection, HYSTERIA, was a finalist for the Stoker Award. Follow Wytovich at stephaniewytovich.blogspot.com and on twitter @JustAfterSunset.