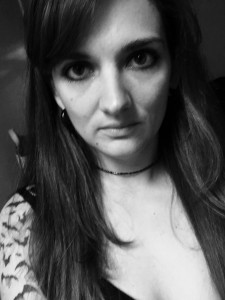 RDSP is excited to announce that we will are scheduling the release of paperback and ebook editions of Stolen Away by Kristin Dearborn for June, 2016. Previously Stolen Away had only been available as an $85 limited edition from Thunderstorm Books and is now completely sold out. Brian Keene recently included Dearborn’s novel in his honorable mentions for best book of 2015 and we are happy to be able to bring it to a wider audience.

Book Description: Trisha will admit she’s made a few mistakes in her life but that checkered past is behind her. She loves her kids, even if it’s tough being a single mom. But her loyalties are put to the test when her infant son disappears in the middle of the night, and his big sister says a monster took him. Now Trisha has to face the full truth behind the one-night-stand that produced Brayden in all its scaly torridness—Brayden’s father wasn’t human and isn’t interested in sharing custody. However, even though DEMON  has pulled this stunt many times before, he made a mistake when he chose Trisha. The one thing she won’t do is give up her son without a fight. Along with her ex-boyfriend, Joel, Trisha is dragged back into the seedy underworld in a desperate fight to reclaim her son, only this time she’s got a lot more to lose.

About the Author: If it screams, squelches, or bleeds, Kristin Dearborn has probably written about it. She revels in comments like “But you look so normal…how do you come up with that stuff?” A life-long New Englander, she aspires to the footsteps of the local masters, Messrs. King and Lovecraft. When not writing or rotting her brain with cheesy horror flicks (preferably creature features!) she can be found scaling rock cliffs or zipping around Vermont on a motorcycle, or gallivanting around the globe.