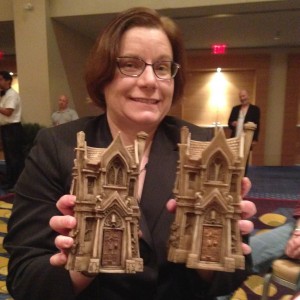 Raw Dog Screaming Press is pleased to announce that it has signed a deal with Lucy A. Snyder to publish her next fiction collection titled While the Black Stars Burn. This deal comes on the heels of Snyder receiving the Bram Stoker Award for Superior Achievement in a Fiction Collection for Soft Apocalypses which RDSP published in 2014.

RDSP sees While the Black Stars Burn as something of a sequel to Soft Apocalypses and hopes to build on the momentum of the first book.

This new collection is heavily influenced by Lovecraft and The King in Yellow mythos. It includes two stories that have received honorable mentions from The Year’s Best Fantasy and Horror series.

Italian artist Daniele Serra has been commissioned to create a cover. He is a winner of the British Fantasy Award and has worked with companies such as DC Comics, Image Comics, Cemetery Dance, Weird Tales Magazine and PS Publishing.

The book is tentatively scheduled for release in November of this year.