Once our Reader’s Choice Poll selects 8 books for judging we’ll need the help of some readers to come up with the top 3 candidates. Below is a list of our 2nd round judges. Once they’ve decided on the top 3 candidates we’ll bring in a celebrity judge to pick the winner. 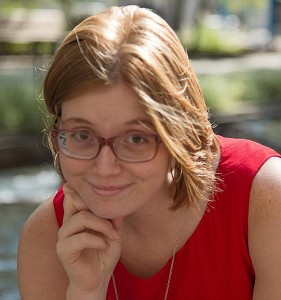 Katherine Ervin is a physics major at New College of Florida, presumably for past-life transgressions. She attended the Alpha Sci-Fi, Fantasy, and Horror Workshop for Young Writers in 2010 and 2012, where she was recommended so many books that she is still working through the list in 2014. Her favorite author so far is Scott Lynch, though Franny Billingsley and Brooke Bolander are close behind. When she isn’t reading, she enjoys writing, fencing, and really stupid chemistry jokes on the internet. 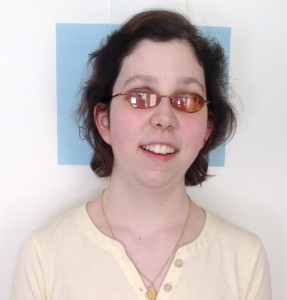 Jameyanne Fuller is a senior honors student at Kenyon College, studying creative writing and Italian. Her short story “The Year of Salted Skies” is the third runner-up for the 2014 Dell Award for Undergraduate Excellence in Science Fiction and Fantasy Writing. She has attended the Alpha SF/F/H Workshop for Young Writers, and she is currently an intern for the Kenyon Review. She is particularly interested in depictions of family relationships and memory in fiction, and when she isn’t studying or writing, she enjoys reading, knitting, and playing with her Seeing Eye dog, Mopsy.

Marina Goggin has loved novels since she was five years old. She has since learned Latin and Ancient Greek, in order to expand the number of languages she can read in without having to actually pronounce anything. Some favorite novels (right now) include Catherynne M Valente’s Deathless and Neil Gaiman’s American Gods. When she’s not reading or writing, Marina runs the Argentine tango club at her university and tries to get as many people addicted to tango as possible before she graduates. She is a graduate of the Alpha Workshop for Young Writers.

Charlotte Merzbacher is an avid reader and writer who lives in Oakland, California. She works at the Museum of Vertebrate Zoology at Berkeley, where she prepares dead animals for the collection (One of these specimens can be seen on her necklace!). She has attended the Alpha SF/F/H Workshop for Young Writers. In her free time, she enjoys baking, drawing, and watching Doctor Who.

Slade Powell is a fantasy and horror author in Seattle, WA. She kills zombies and takes names. (In keeping with tradition, most modern zombies are named “Gnuhh.”) Slade also makes pies, but from plants instead of zombies. Zombie pies wiggle like a crust full of centipedes. You eat them with a Bowie knife.

Diane Turnshek is a teen advocate. She moderated an Internet forum for young speculative fiction writers for a decade that led to the formation of Alpha, the SF/F/H Workshop for Young Writers (founded in 2002). She ran WorldCon teen programming for MilPhil, set up a street team for Pyr Books, helped create SFWA’s Andre Norton Award for YA fiction and, with SFWA’s help, is bringing to life an YA speculative fiction author lecture series in Pittsburgh. Happily, her four stellar sons all read speculative fiction. Connect with her on Twitter at @DianeTurnshek