March was Small Press Month, and during that time we ran a series featuring many of the other independent publishers in operation. These small press spotlights were so popular that we have decided to continue them as a regular feature, and today we bring you Jeff Burk of Deadite Press. 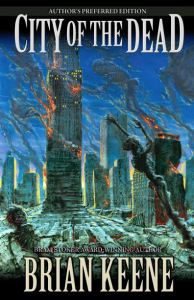 I am the head editor of Deadite Press and have published almost ninety titles. Deadite focuses on extreme and cult horror. We’re the ones all about sex, violence, pus, and monsters. Think grindhouse flims, EC Comics, and hardcore punk – all mashed together.

Really just a love for horror books that I thought weren’t reaching as wide of an audience that they could have. Edward Lee was the first author I worked with on Deadite and we did two collections (BRAIN CHEESE BUFFET and BULLET THROUGH YOUR FACE) that focused on his extreme gross-out stories that had been limited to only expensive hardbacks and super limited chapbooks previously. We were right, and those two titles are still amongst our best-sellers. 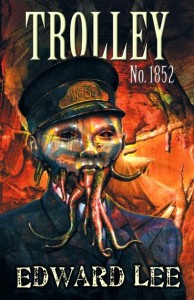 Getting to create a collection of horror that reflects my tastes. I compare being a book publisher to being a curator at an art gallery. You try to select a group of creators – some known, some unknown – that represent viewpoints and styles that you want to promote.

I’m in favor of all sizes of publishing – from self-published to the gigantic New York presses. I’m just a big fan of books. The small press is uniquely important in its ability to cater to niche interests. The small press allows fans and creators to come together under common interests such as extreme horror with Deadite.

Just know that we are people that are doing this because we love it. There’s not a lot of money in persuing independent publishing. I’m fortunate enough to be able to do it full-time but if I was working a minimum wage job I’d be making a lot more for the total hours put in. Those of us that pursue a career in the arts do it because there’s nothing else we can/rather be doing. 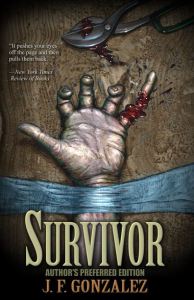 Getting to work with many of my favorite literary heroes. I had been a fan of Edward Lee, Brian Keene, Dave Brockie, and J. F. Gonzalez for many years before I started working with them. You frequently hear “don’t meet your heroes” but in my experience, that hasn’t been a problem. Maybe it’s because I work in the horror scene (where people are notoriously friendly) but everyone I have worked with at Deadite has been wonderful.