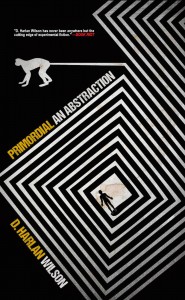 Publisher of the unexpected Anti-Oedipus Press joins us to discuss publishing in our Small Press Month series.

Anti-Oedipus Press is a publisher of literary “schiz-flows” that aspire to chart new boundaries in narrative and theory. Taking our cue from the poststructuralist writings of Deleuze and Guattari, AOP publishes authors who write to the Nth power, making rhizomes instead of roots and sculpting innovative bodies without organs in the form of fiction, nonfiction, literary criticism, cultural studies and pop philosophy.

I am the editor-in-chief of AOP, which is a sibling imprint of Raw Dog Screaming Press. AOP also has a loose affiliation with Wright State University-Lake Campus, where I am a Professor of English.

More and more, I began to notice that books printed by larger publishers and university presses didn’t look very good (bad cover designs, poor editing, slipshod textual layout). I thought I could do better and it was a new challenge. I’m keen on the aesthetics of the full product—not just the substance of the text, but the way in which it’s formatted, the fonts that are used, how they are used, the cover artwork, etc. Whether they are nonfiction, fiction, or somewhere in between, I want AOP books to be works of art from the inside-out and the outside-in. 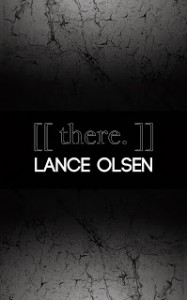 Widows and orphans! We do our best to kill them all, if possible. But sometimes they must be endured.

We have several people working for AOP, but I have a hand in every stage of book production. Personally I really enjoy the copyediting process. I’m an author, too, but I think I’ve become a better copyeditor since I started AOP. I get a lot of satisfaction out of molding texts into the best shape they can be in, or rather, the best shape I can get them in. It’s like reading a code and eradicating the imperfections so that the code becomes more functional and fluid.

What book do you wish you had published?

Alan Moore’s novel Jerusalem. It’s not out yet, and it’s presumably a million words long, but why the hell not? I know Alan through another author and at one point I was going to try to lobby for it. I think Top Shelf Productions owns the rights, though.

The stock answer is that the small press gives life to voices and talents that would otherwise never see the light of day. That’s certainly true. There are also opportunities in the small press for authors to be more creative and have autonomy over their work. This isn’t always a good thing—some authors are much better off without autonomy, especially in terms of editing and certain narrative choices. But for more competent authors, it’s there. AOP authors certainly have autonomy and creative freedom. Then again, we hand-pick our authors and have had no open submissions as of yet. 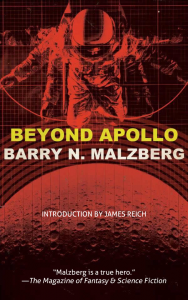 I don’t have any lofty goals in terms of fame, fortune, etc. That doesn’t even enter my purview. Right now, my main goal is for AOP authors to be happy with the way their work is put together. So far I think they’ve all been pretty content, and they’re easy to work with. Authors who are as competent and gifted as they are easy to work with—that’s a BIG DEAL. There aren’t that many of them.

Which upcoming title are you most excited for this year?

Are you trying to get me to alienate and upset my authors by favoring one of them? Actually we have so many different kinds of books coming out, it would be tough to say. Among them are Laurence A. Rickels’ Germany: A Science Fiction, a schizoanalysis of the SF genre, Barry N. Malzberg’s Beyond Apollo, which won the first John W. Campbell Award and is in pre-production for a movie, and Hope Jennings’ debut novel Nostalgia, a meta-biography of Mina Loy.

Which of your titles are you most proud of?

Ditto my last response . . . but I suppose I’ll always have an affection for our first bona fide title, Laurence A. Rickels’ SPECTRE, a psychoanalytic study of the James Bond oeuvre. By giving birth to that book, it gave birth to Anti-Oedipus Press. 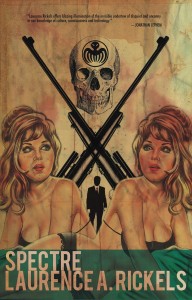 The people who run them well not only work tirelessly and exercise legions of patience and pride-swallowing—they also genuinely care about books and the importance of literature.

For me, learning how to use InDesign publishing software. It was hard! I’m pretty fluent in ID now, though, thanks to a great deal of help from the editors at Raw Dog Screaming Press . . .

Yes, publishing is certainly trying (and sometimes maddening) on multiple fronts. Whenever I get down about it, I remind myself why I’m doing it—not to make a living, but to put out work by talented authors and critics that are too unique, innovative and stylish for most other presses. We’re also invested in re-releasing what we perceive to be great out-of-print works of speculative fiction in hopes of exposing new, younger audiences to them. So far we’ve done this with Kim Stanley Robinson’s fantasy novel A Short, Sharp Shock and Barry Malzberg’s meta-novel Galaxies. But perhaps the best treatment for the small press publishing blues is commiseration with other small press publishers and editors. It feels good to gripe with like minds! Preferably over drinks.