So far we have hosted two writing retreats, both held at Bourbon Ridge in Hocking Hills, OH. I learned a lot about hosting writing retreats during our first one but there were new lessons discovered during the second. Here are a few of them: 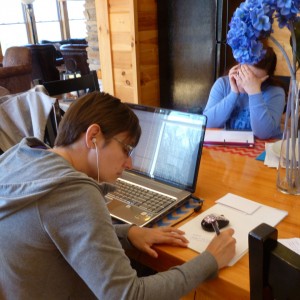 Every group is different

Our second retreat had a totally different vibe than the first. Part of that was because we had an extra day so things were less frenetic. But we also had mostly new attendees (only 3 of us attended the inaugural retreat) and they interacted in different ways. There seemed to be a social collaboration between writers in the second group and a tendency toward group jokes and a collective mythology. The first group was more likely to talk over meals and spend time as one large group.

One of the best times we had during this retreat was trying to start a campfire that wouldn’t light no matter what we did. This provided the chance for commiseration and humor. We also collectively experienced a brand of beer so terrible that the legend will no doubt live long beyond this event. As terrible as it was, it gave us unending amusement. 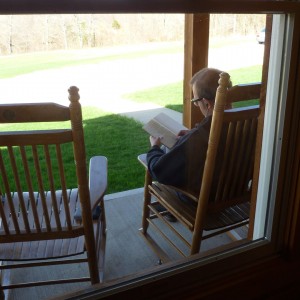 Writers of different genres can get along

The writers at this retreat were quite varied, some were completely self-taught, others had graduate degrees and teaching experience. They were also at different career points, from working on getting their first book published to having more than 30 books out. Our group reading was a hodge podge: flash fiction, poetry, YA, alternate history and some other less quantifiable pieces. I thought this might create barriers but it really didn’t. The common factor was that everyone took writing seriously and was all our group needed to enjoy each others work.

Productivity is not the whole story

Over the weekend I talked to most attendees about what they’d accomplished. No one broke any records and most had hoped to get even more done than they actually did yet they did not seem disappointed. But word count doesn’t tell the whole story. Gaining a sense of community while also getting words on the page—that’s the big payoff of a writing retreat.

Read more about this retreat and see photos here. 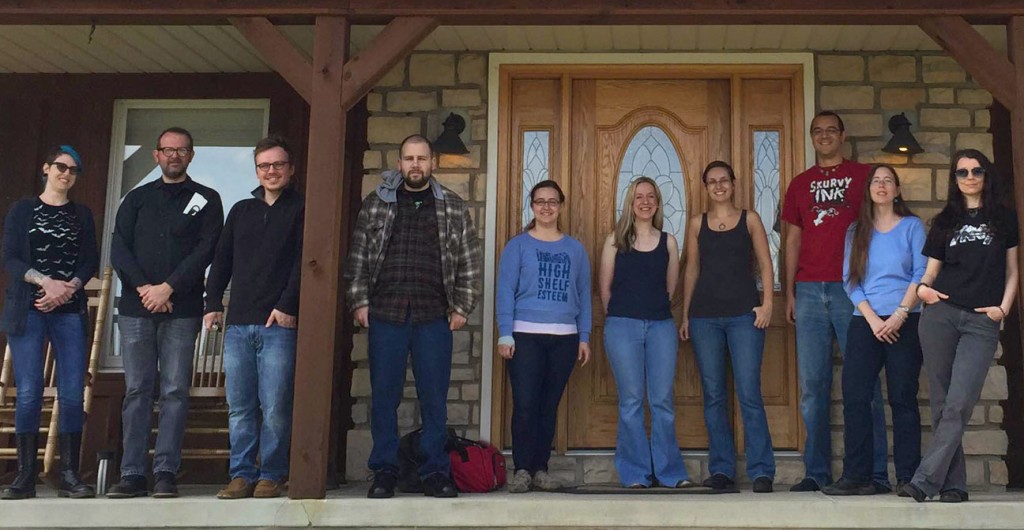