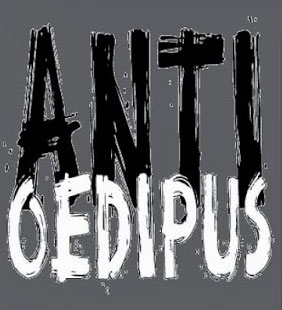 Raw Dog Screaming Press has acquired worldwide rights to publish all future and backlist titles from Anti-Oedipus Press under the imprint of the same name, effective immediately.

Dedicated to publishing high-quality fiction and nonfiction, Anti-Oedipus Press was founded in Fort Wayne, Indiana in 2013 by novelist, editor and English professor D. Harlan Wilson, who has described the mission of A-OP as follows:

“Anti-Oedipus Press is a publisher of literary ‘schiz-flows’ that aspire to chart new boundaries in narrative and theory. Taking our cue from the poststructuralist writings of Deleuze and Guattari, A-OP publishes authors who write to the Nth power, making rhizomes instead of roots and sculpting innovative bodies without organs in the form of fiction, nonfiction, literary criticism, cultural studies and pop philosophy.”

A-OP’s most recent titles include a work of critical theory on the James Bond oeuvre by esteemed Sigmund Freud Professor of Media and Philosophy Laurence A. Rickels, a reprint of SF legend Barry Malzberg’s novel Galaxies, a reprint of best-selling SF author Kim Stanley Robinson’s novel A Short, Sharp Shock, a critifictional travel narrative by American postmodern writer and theorist Lance Olsen, and a collection of docufiction by “guerrilla writer” Harold Jaffe.

RDSP will sell and market A-OP titles through Ingram and our usual sales channels throughout the rest of the world.

D. Harlan Wilson, who is also the managing editor of Guide Dog Books, will continue to function as editor-in-chief of A-OP. Along with his team, he will prepare manuscripts for publication and work with RDSP and A-OP editors and authors.