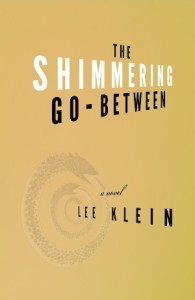 The third entry in our Small Press Month series is the unusual literary publisher Atticus Books.

Our mission at Atticus Books is to deliver a first-class experience to the reader. Period.

We specialize in genre-busting literary fiction—i.e., titles that fall between the cracks of genre fiction and compelling narratives that feature memorable main characters. We publish books and regularly post original short stories, poems, literary essays and creative non-fiction on our website.

Serendipity shined her bright light upon the publisher’s path on a journey he made to Virginia on his 43rd birthday. On this day, Dan Cafaro, the founder and publisher of Atticus Books, happened upon an ATTICUS BOOKS sign while antiquing in Leesburg, Va. This sign rallied Dan from a corporate-induced coma so much so that he began to research and develop the idea of opening a hybrid bookstore/book publishing house by the same name somewhere in the Washington, D.C., metro region. Dan went as far as visiting Northshire Books in Manchester, Vt., over the Christmas 2009 holiday, to see the Espresso Book Machine in action and inquired about the impact the print-on-demand technology was having on the Morrow family business.

As he mounted thousands of miles on his SUV and continued his hunt of a physical location for Atticus Books, Dan stayed focused on the goal of building a book business that served authors, readers, and the offbeat literary community. The more he pursued the goal of opening a retail operation, though, the more he was foiled by the exorbitant price of commercial space in highbrow places like Bethesda, Md. Not to be derailed by the harsh economic realities of starting up a brick & mortar retail business during an abysmal, nationwide economic stretch, Dan opted instead to concentrate his efforts solely on publishing books. 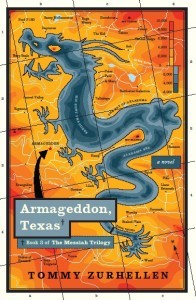 With a business plan pieced together much more by intuition and passion than the promise of upward trending profit margins, Dan immersed himself in the trade and began learning all there was to learn about the nuances of publishing works of fiction. Up to this point, Dan’s book publishing experience primarily had consisted of carving out a niche career in the professional association world, specifically in human resources, aerospace sciences, and performance management. His knowledge of the literary presses, mostly as a bookseller, reader, and collector, gave him a distinct, well-rounded edge to attempt the implausible: create a viable book business whose purpose was to discover voices otherwise lost in a crowded, unforgiving marketplace.

As the owner of a fiercely independent press with no political agenda or editorial board, I oppose the idea of vetting the belief system of every writer who comes knocking. I embrace writers who deliver words with finesse and conviction, and I stand by the original mission of Atticus, that is, to discover bold, inventive writing and to advance the state of the art. If that means supporting a writer who comes under public attack for some controversial thing he or she spilled on, so be it.

Literary presses sometimes must be curators of unpopular culture. Art has no place for exclusion. No place for witch hunts or trials or corporal punishment. Debate, yes. Righteous omission, no. 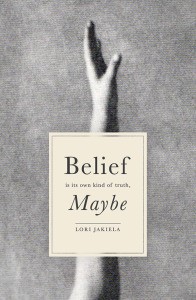 Despite what the publisher may have his family and/or friends believe, the challenge of actually making a profit is not what keeps us up at night. It’s the challenge of not only acquiring a manuscript that someone will happily loan to his or her friend because it’s just that good, but inspiring that follower to gladly buy future books by that author as a gift for his or her friend.