Our second publisher spotlight for Small Press Month is the dynamic Valancourt Books.

At Valancourt, we specialize in the rediscovery of rare, neglected and out-of-print fiction. We have a strong focus on horror and supernatural but also bring back classic works of literary fiction.

James and I had an interest in rare Gothic literature from early on. We were amazed by the lack of texts available to academic, scholars and general readers. Aside from a handful of titles published by university presses, there was nothing else. We started by bringing some of these rare texts back into print. Many of those titles were only known to exist in one or two copies worldwide. 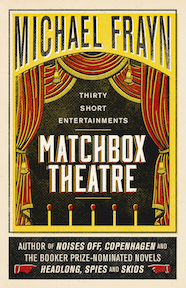 People who ignore our emails! Whether it’s an agent, author, publisher, etc. Sometimes it takes 3-4 emails and several phone calls just to get a response to a simple question like, “Are the rights to this book available?” It takes two seconds to press the reply button and answer that! 🙂

Being able to introduce readers to works they didn’t know existed or didn’t have access to because of the cost of used copies. Many of the books we bring back are pretty rare and far from cheap — for many of them, first editions can cost hundreds (sometimes even thousands!) for a used copy.

What book do you wish you had published?

We would have loved to republish John Wyndham’s 1950s and ’60s sci-fi novels: The Kraken Wakes, Chocky, The Midwich Cuckoos, etc. There are a few others we’ve been disappointed not to get, but we’ve found that for every great book we’re not able to get the rights to, there are ten more out there waiting to be discovered. 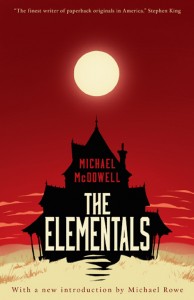 Small presses are important because they publish stuff that otherwise wouldn’t get published. Books that wouldn’t appeal to a large enough audience for one of the giants like Penguin Random House to sell a million copies of, or stuff that’s original, unusual, odd, and maybe doesn’t easily fit within a genre or isn’t easy for a large publisher to market to a mass audience. All the books we publish have been out of print for 25 years or longer — sometimes 50, 75, 100 years — and it’s not because they’re bad books; it’s just because the large presses couldn’t sell enough copies to make them profitable. A small press can make those books available for readers who will appreciate them.

To retire in five years! (Ha!) Actually, our secret dream is to have a retail location and sell our books directly to customers in the old-fashioned way, instead of just online.

Which upcoming title are you most excited for this year?

I’ll give you an author I’m most excited for instead: Bernard Taylor. We’re bringing back his first three novels: The Godsend, Sweetheart Sweetheart and The Moorstone Sickness. His books are classics in the horror genre and influenced many writers. We also have the pleasure of working with two authors we love who will introduce the editions: Michael Rowe and Mark Morris. 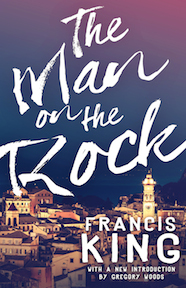 Which of your titles are you most proud of?

I have two answers for that! First, Ratman’s Notebooks by Stephen Gilbert was probably my most fun title to bring back into print. Not only is it a great book but the 2003 movie adaptation (Willard) was my first movie date with James.

The title that has been the biggest success for Valancourt is The Elementals by Michael McDowell. In publishing you never really know which titles will do well so I was a little surprised that this book took off as much as it did. We’ve been hearing from a lot of people who say they don’t typically read horror, but they kept hearing about The Elementals so decided to give it a go and loved it. It’s always gratifying when we discover a neglected author that we love and then hear from readers who are excited to discover him too.

I think something that no one knows unless you work in publishing is the amount of time and effort that goes into every release: tracking down authors’ estates, finding someone to contribute an introduction, commissioning cover art, proofreading, typesetting and designing the print books, formatting the eBooks, etc. A ton of time and effort (and love!) go into each book we put out. 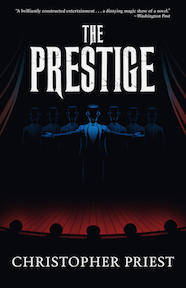 I think moving from academic publishing to bringing out more recent fiction has been our biggest achievement. We never planned to go that direction, it just happened, slowly. Ten years ago, we were publishing forgotten books from the 1790s and counting ourselves lucky if we got a review in an obscure academic journal. Now we’re publishing books from the 80s, 90s, and even 2000s by well known authors and being featured in the Washington Post, Times Literary Supplement, Huffington Post, etc. It’s been really exciting.

No way!  If we quit, we’d have to go back to our 9-5 office jobs!  But we do hope at some point to slow down a little bit: right now, we work seven days a week, at least 10-12 hours a day, and we’re putting out over 80 books a year. Which is just crazy for a two-person operation. And yes, there are definitely bad times: when that month’s sales numbers are dismal, or when you just put out a great book and all the reviewers ignored it, etc. But we love what we do, and I think our love for these books, and the support of our readers and fans, keeps us going when times are a bit rough.
Mar 15 (2 days ago)

We’d like to leave off by saying that Valancourt Books just had its 10th anniversary. It’s been an amazing experience and we hope for many more years. We’d also like to thank all of the people out there that have helped spread the word about us. No amount of advertising can make up for a couple of good words from the folks that love our books.