Mostly bizarro but we’ve also dabbled in poetry and horror. As long as it’s strange (and good) it has a home at Rooster.

I learned the business while working as a Staff Accountant at a small book factory named Thomson-Shore. I saw the way traditional publishers did business and I thought I could do it better. Honestly, from the outside looking in, publishing looks pretty easy. I was so wrong. So, so, sooooooo wrong. This is an incredibly difficult job and I wouldn’t recommend it for most people.

Authors and small presses fighting on the internet. It’s extremely unprofessional and it makes everybody involved look childish. 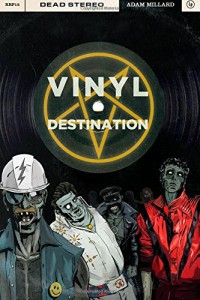 Graphic novels. I’ve been trying to get a graphic novel out there for years. There are so many challenges with putting together a graphic novel that listing them would fill up this page. But, I think we (StrangeHouse Books) may be close to finally putting one together. Although, I probably just jinxed it by speaking about it publicly.

I’ve thought about quitting many times. It’s an incredibly demanding job and the pay is terrible. Honestly, I think my stubbornness is what keeps me going. That and the fact that each year we do this we make a little more money and sell a few more books than the previous year. It’s a slow incline, but it’s there. We’ve been in the black for a few years now and the money we make allows us to travel and go to conventions promoting the books we love. That’s pretty awesome, I don’t think I can give that up just yet.