Tag Archive: hounds of the underworld

Title: Hounds of the Underworld (Path of Ra Book 1) 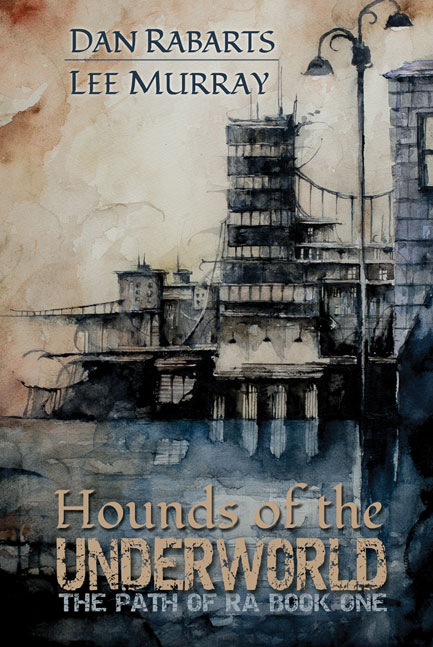 What They’re Saying About Hounds of the Underworld

“A dark tech-noir so near to our future, it could be tomorrow, hard-boiled and hair-raising! One of the best speculative fiction novels ever written.”
—Paul Mannering, Engines of Empathy

Reserve your copy today through Amazon.com!

Lee Murray is a multi award-winning writer and editor of fantasy, science fiction, and horror, including the bestselling Into the Mist (Cohesion Press), which World Horror Master Michael B. Collings described as “adrenalin-fueled excitement in a single, coherent, highly imaginative and ultimately impressive narrative”. She is proud to have co-edited six anthologies of speculative fiction, one of which won her an Australian Shadows Award for Best Edited Work (with Dan Rabarts) in 2014. Lee lives with her family in the Land of the Long White Cloud, where she conjures up stories for readers of all ages from her office on the porch. www.leemurray.info

Dan Rabarts is an award-winning short fiction author and editor, recipient of New Zealand’s Sir Julius Vogel Award for Best New Talent in 2014, and the Paul Haines Award for Long Fiction as part of the Australian Shadows Awards in 2017. His science fiction, dark fantasy and horror short stories have been published in numerous venues around the world, including Beneath Ceaseless Skies, The Mammoth Book of Dieselpunk, and StarShipSofa. Together with Lee Murray, he co-edited the anthologies Baby Teeth – Bite-sized Tales of Terror, winner of the 2014 SJV for Best Collected Work and the 2014 Australian Shadows Award for Best Edited Work, and At The Edge, a collection of Antipodean dark fiction. Find out more at dan.rabarts.com.