Raw Dog Screaming Press congratulates Maria Alexander on her nomination of Snowed for the 2017 Anthony Award in the category of Best Children’s/YA Novel! 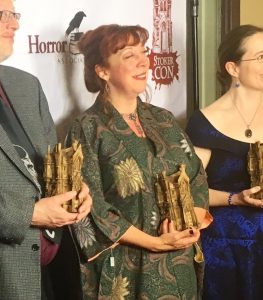 News of Snowed nominated for the Anthony Award comes on the heels of Snowed winning the 2016 Bram Stoker Award for Superior Achievement in a Young Adult Novel. Either YA readers are growing interested in dark fiction, or authors and publishers in these genres are embracing the YA readership.

When asked about the overlapping audiences of young adult fiction, mystery, and horror Alexander has a lot of insights. “In recent years, the YA horror market hasn’t been nearly as robust as, say, the teen TV market with runaway hits like MTV’s Teen Wolf, not to mention the time-honored tradition of teen horror flicks like Friday the 13th and It Follows.”

She adds, “But if you look at mysteries, they’re a bit different. That genre has been going strong because of its ability to mix with other genres, creating recent hit novels such as the Divergent sci-fi thrillers. I predict the future of YA horror will lie in its ability similarly to cross with other genres. Horror-mystery, horror-science fiction, horror-fantasy — let’s follow George R.R. Martin’s lead and start mixing it up more to see what happens!”

The field of YA mysteries, thrillers, and horror novels has been growing exponentially the last two years, so it will be interesting to see how the situation develops. In the meantime the Anthony Awards will be voted on by the attendees at Bouchercon 2017, being held in Toronto from October 12 to 15. The award will be presented at the Anthony Awards Ceremony to be held following Brunch (11:30 a.m.) on Sunday, October 15.

Anthony Boucher (William Anthony Parker White, 1911-1968) was a writer, editor, and critic of science fiction and mystery who came to be regarded as the cornerstone of modern mystery analysis. He championed many crime-writing greats long before the mainstream literary establishment recognized their talents, and remained an indefatigable fan and insightful reviewer of every category of crime fiction. He helped found Mystery Writers of America in 1946 and served as its president in 1951.
Both the Anthony Awards and the Anthony Boucher Memorial World Mystery Convention (commonly referred to as “Bouchercon”) are named in his honour.

For more information, and to register for the event, visit http://bouchercon2017.com/anthony-awards/ 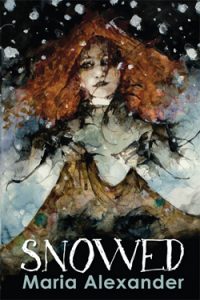 “Snowed was a whole ’nother nightmare about Christmas by that troublemaker writer, Maria Alexander. Her work always keep me up all night and Snowed was no exception! ! I’m already looking in my dusty, cobwebbed Christmas stocking for her next book. C’mon, Maria! Hurry up!”
—Nancy Holder, New York Times bestselling author, The Rules 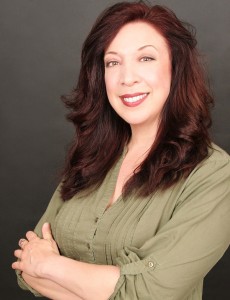