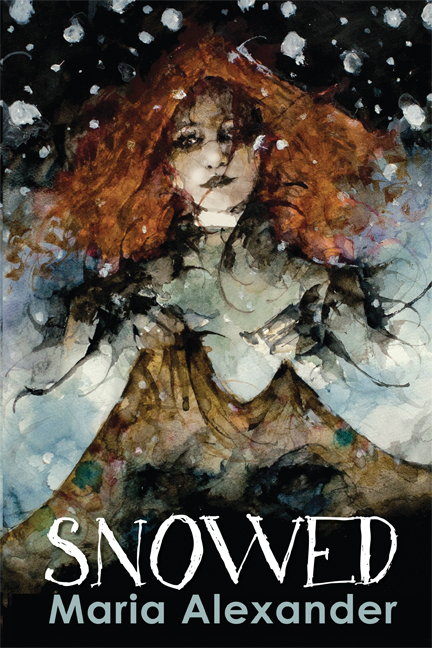 “Snowed is a whole ‘nother nightmare about Christmas by that troublemaker writer, Maria Alexander. Her work always keep me up all night and Snowed is no exception! I’m already looking in my dusty, cobwebbed Christmas stocking for the sequel. C’mon, Maria! Hurry up!”
—Nancy Holder, New York Times bestselling author, The Rules

Reserve your copy of Snowed today with a pre-order!

Maria Alexander is a produced screenwriter, published games writer, virtual world designer, award-winning copywriter, interactive theatre designer, prolific fiction writer, snarkiologist and poet. Her stories have appeared in publications such as Chiaroscuro Magazine, Gothic.net and Paradox, as well as in acclaimed anthologies alongside legends such as David Morrell and Heather Graham.

Her debut novel, Mr. Wicker, won the 2014 Bram Stoker Award for Superior Achievement in a First Novel. Publisher’s Weekly called it, “(a) splendid, bittersweet ode to the ghosts of childhood,” while Library Journal hailed it in a Starred Review as “a horror novel to anticipate.” She’s represented by Alex Slater at Trident Media Group.

When she’s not wielding a katana at her local shinkendo dojo, she’s being outrageously spooky or writing Doctor Who filk. She lives in Los Angeles with two ungrateful cats, a pervasive sense of doom, and a purse called Trog.

Reserve your copy of Snowed today with a pre-order!