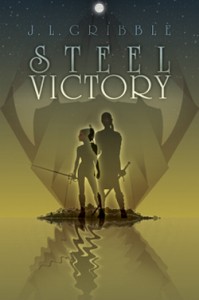 Raw Dog Screaming Press is pleased to announce we have signed a deal to release the sequel to J.L. Gribble’s debut novel Steel Victory. Book 2 of the Steel Empires urban fantasy/alternate history series, Steel Magic, will be released in 2016 under our imprint Dog Star Books.

In Steel Magic, warrior-mages Toria and Kane are finally ready to begin their mercenary careers and debating between monster hunting and cushy bodyguard jobs. Instead, they are hired to investigate a much more serious problem—the world’s mages are disappearing. But when a friend is kidnapped, they’ll have to travel across the globe to save her, save themselves, and save magic itself. 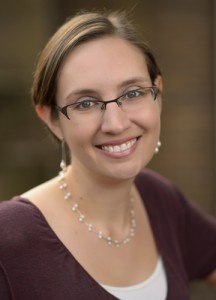 By day, J. L. Gribble is a professional scientific editor. By night, she does freelance fiction editing in all genres, along with reading, playing video games, and occasionally even writing.

Previously, Gribble studied English at St. Mary’s College of Maryland. She received her Master’s degree in Writing Popular Fiction from Seton Hill University in Greensburg, Pennsylvania, where her debut novel Steel Victory was her thesis for the program.

She lives in Ellicott City, Maryland, with her husband and three vocal Siamese cats. Find her online (www.jlgribble.com), on Facebook (www.facebook.com/jlgribblewriter), and on Twitter and Instagram (@hannaedits). She is currently working on more tales set in the world of Limani.