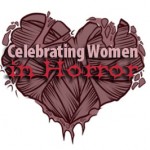 RDSP signs the sequel to STEEL VICTORY Raw Dog Screaming Press is pleased to announce we have signed a deal... View Article