The convention runs 24 hours a day May 25 to May 28 but our authors will be participating every day except Thursday. If you plan to attend there are plenty of chances to meet them.

Here are their combined schedules:

2pm Slash of Our Ancestors: A History of Fanfic (panel) J.L. Gribble

4 pm Fandom Trolls and How to Vanquish Them (panel) J.L. Gribble

11am How to Keep Writing After the Workshop (panel) J.L. Gribble 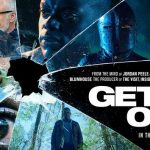