You know what I regret? 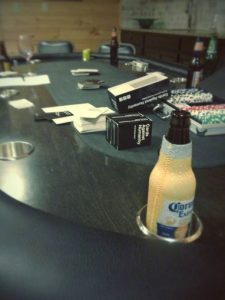 We played hard at the Bourbon Ridge Retreat

I missed –––––– when it happened, even though I was involved in the scene at that time. Why? There were people to take care of, although in retrospect it’s clear I could have called on others to cover for me while I took a weekend to be part of that event.

I didn’t ——————— even though I was invited. Why? There was work to finish, none of which was so important that I can actually remember them now.

I wasn’t part of –––––––– because I wasn’t born yet. That’s the cause of me missing so many other cool things.

[Names and dates have been redacted to protect the innocent.]

There’s a real science behind happiness, and the role of experiences in your happiness. As it turns out that experiential investments–time, money, effort–bring long-term happiness by becoming part of our identity, while material purchases only bring short-term happiness.

Shared experiences also bring greater happiness by providing deeper connections with people. Some of my best friends are people I’ve been on the road with at book signings and conventions. One reason I lament missing so many of those aforementioned events is that I’ve missed even more bonding moments.

You’ve been at ground zero for something that turned out to be a big deal, right? Either for your personal circle, or people you are connected with on the internet, or for the public at large, you can list at least one great thing you were a participant in, a witness to. Hopefully more than one.

Do you really want to settle for “hopefully more than one,” though?

There are plenty of instances where I should have taken advantage of an opportunity. Or, better yet, created the opportunity for myself. This is pure conjecture on my part, but I don’t believe it is egotistical to assume other people are like me and have similar regrets.

So, let’s save our future selves a bad case of hand-wringing and indigestion. We can get ourselves to DogCon5, and wrangle our friends and associates into coming along for the ride. I’ll sleep better knowing I spread the word, and you won’t have to hear about the news on the internet after the fact. 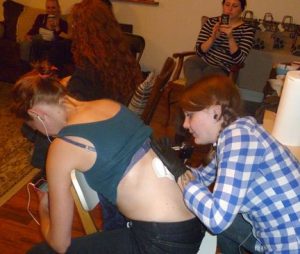 The news? Yes. There will be several new developments unveiled at DogCon5. What constitutes a new development or big news for us? Well, we have been steadily launching or acquiring new imprints, winning awards, publishing international music stars, and having movie deals and foreign translations. I won’t reveal details here, but those in attendance will have the opportunity to be beta testers.

Other than being an early adopter getting in on the ground floor…at a secluded, pristine beach…what else is scheduled?

What if you can’t attend? Well, you can still have access to:
•    Simulcasts of select event programming
•    Free downloads
•    Post-event videos, slideshows, and more
•    A total lack of all the cool things you would get in person 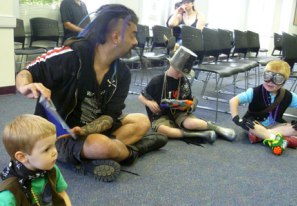 I feel as though I’ve missed it all, even though I have done a lot of things. And, realistically, nobody can do everything. However…you can take this one action:

Imagine your future self asking Do I regret being part of a cool indie publishing event on the beach?

In your mind’s eye do you see yourself angry and depressed by memories of bonfires on the beach, meals and games with artists, and swag?

If not then visit https://www.eventbrite.com/e/dogcon5-tickets-26847672110?ref=estw to learn what all the various ticket levels offer you.

Oh, and we’ll be debuting new books during the event. Will you have a new product? Maybe you’re excited about what somebody else is doing? Whatever it is please bring it along and share it with us in person. Thanks! 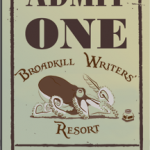