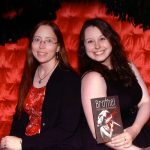 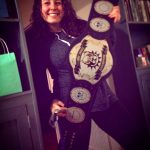 Readers Choice Ebook Sale! RDSP is celebrating readers with an ebook sale. Every year we have the readers choose the... View Article

Thanks to everyone who voted in our Reader’s Choice poll this time around! The poll phase narrows down all the... View Article

Coming May 2016 Our 4th poetry collection from Stephanie M. Wytovich will be released in May. All the poems included... View Article