The show’s on the road

It looks like Sick will be traveling to a few conventions soon. We just sent C.J. Henderson a bunch of copies to take with him to a con that he is attending this weekend and then he’s got a few more lined up for February.

Efrem Emerson is going all out for RDSP at his bookstore Efrem Emerson’s books in San Diego. He’s got copies of both Sick and 15 Serial Killers in a display area in his store. We’ll soon be sending him posters to put up as well.

More review copies of Sick went out today so we’re almost finished with that mailing. Plus someone gave us the name of a good contact for info about setting up readings in New York City so hopefully that will pay off.

Sick is now available on Amazon.com! I’m always relieved once the book gets onto the website because it can be... View Article

I sent off the files to the printer for 100 Jolts today. That is always so nerve-wracking, putting together the... View Article

posted by rdsp One of the most overlooked areas in book publishing is promotion. While all companies will engage in... View Article

Selling out is a good thing

Well Sick didn’t make it onto the Shocklines bestseller list this week but then again I see that it is... View Article

Anyone who’s met me knows that I’m a goal oriented person. It’s all about completing the task. That’s why promotions... View Article

Oh to be a blurble

Ok, I have to admit I stole that title from an email Mike Arnzen sent. It’s a great title! It... View Article

I’ve been meaning to mention that Darren and I have finished the editing on A Dirge for the Temporal and... View Article

Preditors & Editors is running a poll and I’m very pleased that RDSP has been nominated in several categories. The... View Article

Back on the waiting room floor

I was too depressed to do a journal entry yesterday. After thinking that Sick should be appearing any day on... View Article

The new year is now under way and I’m happy to report that Everybody Scream! has been completly transcribed and... View Article

Anybody seen a stranger around here?

I just finished reading D. Harlan Wilson’s Stranger on the Loose and I was very impressed. I will be writing... View Article

2004 looks like it’s going to be a pretty good year for the Raw Dog because he’s got what dog’s... View Article

Sometimes you gotta be sneaky

I’m so excited that contributors have actually started to receive their copies of Sick. Maybe it was worth it to... View Article

I was happy to see that 15 Serial Killers is now available in e-book format from Amazon.com. Hopefully Sick will... View Article

The luxury of time

The past few days I’ve mostly been working on the layout for 100 Jolts. I think this book is going... View Article

Betcha never heard of that one. That’s because there is no shortage of works needing to be edited. Although it’s... View Article

How many legs does a table of contents have?

We’ve been playing musical stories with the contents of A Dirge for the Temporal so long that I don’t even... View Article

Without the aid of technology

We’re moving right along with the transcription of Everybody Scream! There’s over 76,000 words typed in now. One thing I... View Article

Things a publisher will do for a novel they love

In my last entry I mentioned that I had typed a few more pages of Everybody Scream! which got me... View Article

How do people ever keep up with their blogs? Most of the blogs I visit people write in every day,... View Article

Widows, Orphans and the Lost Art of Book Layout

Finally the layout for our second book, Sick, is complete! After a huge sigh of relief I began to contemplate... View Article

Experts say that for a small press to succeed it needs to have a distinct identity and cater to a... View Article 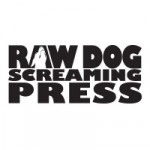 I’m really excited about getting to work with Darren Speegle on his collection, A Dirge for the Temporal. While reading... View Article